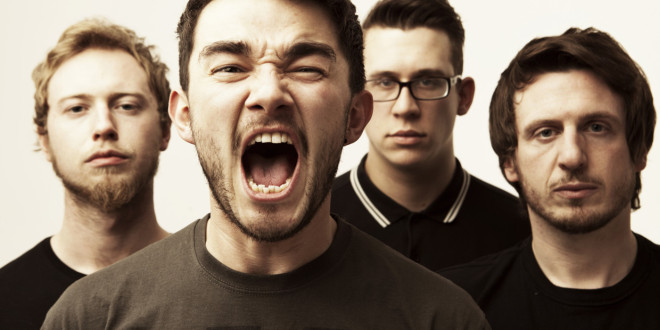 Fun, fast, and furiously good! One of my favourite albums of 2016.

Brit-rockers Max Raptor finally make their return with their self-titled follow up to 2013’s A Mother’s Ruin. After 3 albums most bands have realised who they are and where they want to be – something Max Raptor already had down by their second album. Their sound is gritty, noisy and a whole lot of fun.

Opening with an oh-so-energetic ‘Keep The Peace’ this song sets the tone for the rest of the album, reassuring listeners that Max Raptor are ready to blow your speakers apart. ‘Torch Led’ is the type of mosh-pit inducing track that I can’t help but seeing crowds go wild for. ‘When I Was A Gentleman’ carries on the catchy energy, poignant lyrics and carries on feeding the energy.

‘Day Release’, a very Foo Fighters-esque track followed by ‘Big Divide’ gives such a relaxing feel in comparison to the other ten tracks. ‘Big Divide’ is certainly one of my favourites, it gives you chance to simply enjoy the sounds of Max Raptor and really get a feel for what the band are about.
‘Great Discovery’ begins to round off the album nicely while ‘Last Words’, very aptly named, is the perfect ending to such a strong and energetic album, it leaves you wanting more.

With their last album Mother’s Ruin being such a success I was dubious if they could top it, however all my doubts were squashed after the first listen. Lyrics, riffs, catchiness, Max Raptor have it all. There are few albums I’d give a 10/10 but this is certainly one of them. No matter what sub-genre of rock music you may be into, I’m sure there’s a place in your heart and your CD collection for Max Raptor.