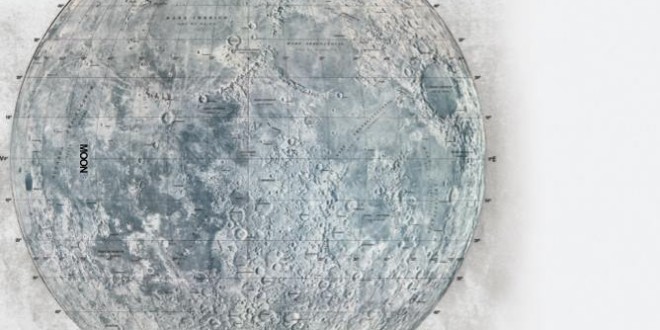 The Hosts have just released their second full length album Moon and while it isn’t as perfect as their first LP it still retains their signature retro sound and at the same time ventures out into some new musical territory.

“Baby Move On” is the most infectious track on the record and starts Moon off on the right foot. It has a definite 60s retro factor to it complete with hand claps. Lead singer Thom Hogg, who still sounds like a Roy Orbison incarnation, brings a lot of swagger to the track and a whole other peppy vibe to the band that listeners really haven’t heard before. Even though the tune is upbeat and is suited for snapping fingers and tapping toes the content is rather somber as Hogg sings “only a fool carries on when the love’s all gone/baby move on.” This contrast helps separate this particular song from the rest of the pack and if there is one tune on Moon that will get stuck in listeners head after hearing the album, this is it.

Next up is “Make My Love Turn Blue,” which sees The Hosts returning to their masterful balladeer skills. Once again there is a throwback feeling here and one can almost picture this being played at a prom in the 1950s as couples dance. It sails along effortlessly in its melody and Hogg’s voice is pitch perfect emoting the feelings of a man who is pained and is full of longing. Dreamy and spellbinding, the lyrics to this track only further the magical experience the song brings. “Darling take my hand/waltz in the moonlight/understand,” Hogg croons in a swooning manner which evokes an Elvis Presley sound, that will quickly transport listeners back to decades past in the most spectacular way possible.

At over five minutes, making it the longest song on the album, “Breathless” is another ballad that will leave a lasting impression on listeners. One might even argue that it is the best ballad on the entire LP. It’s epic and lush in both its instrumentation, vocals, and lyrics and carries a grand air to it. The throwback vibe is certainly still there, but is a bit more modern which is a refreshing change of pace. The lyrics, here, are really visual and help paint the picture of a man that is hanging on to a relationship that has gone on long past its expiration date. “We’re together in the dark/but the love is stone cold/and it makes you lost like an old wandering star,” Hogg sings frankly, but also poetically, in way that will just sweep listeners off of their feet. Although it longer than the standard pop ballad, it never drags, in fact the song is so good one may never want it to end.

There are some other terrific songs on the album including “Know You Well,” but a spotlight must be shined on the experimental “One Horse Town Called Love.” This is an extremely different type of song for The Hosts to sing, Hogg channeling Lee Hazelwood in a mystical tune about a doomed relationship. The bands ability to tell a country western story is impressive, and while not everyone will be able to relate, one has to applaud for The Hosts for finding a unique way to keep up their retro spirit while still remaining true to their sound. All it’s missing is Nancy Sinatra.

Moon is definitely an album where certain songs jump into the foreground as spectacular while other songs linger in the back and take a few listens to in order to really appreciate. This is especially true of the tunes “Smile” and “I Wish I Never Saw the Sunshine” which have a slight ordinary and generic sound to them, but after they sink in they do fit in with the album as the band expands their sound. The only track that really seems out of place is “Moon (Over Montana)” which is a bit too upbeat and lacks the retro experience fans of the band have come to expect.

Still the album is a solid effort by the band and one they should be proud of. And while not every song may click right away, press repeat and be ready to give those tunes a second listen. It’s worth it.