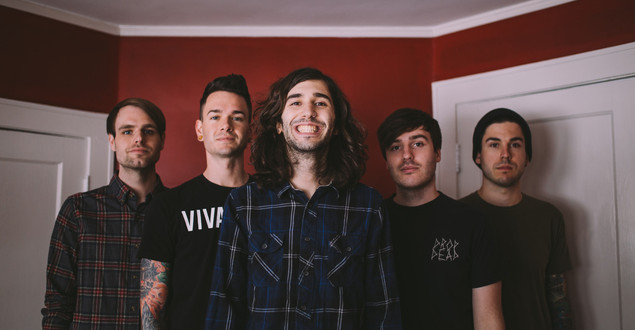 Album Review: Real Friends – The Home Inside My Head

A band such as Real Friends emerges in the music industry once or twice a decade, if we’re lucky. Similar to other musicians such as The Wonder Years, The Story So Far, and Knuckle Puck, Real Friends has stolen the hearts of many. With six EPs and one full length studio album, the Illinois-originated group of five have made their mark on pop-punk early on in their career. Now, on May 27, Real Friends is releasing their second album, The Home Inside My Head.

The Home Inside My Head is nothing short of incredibly moving and impressive. The raw, yet somehow gentle honesty in Real Friend’s music serves as a beacon of light for their fans of all ages. In fact, their music makes fans truly feel that Real Friends are, in truth, their friends.

Right off the bat in the first track, “Stay In One Place,” Real Friends invite listeners to take a moment to sit down and breathe with them. With an incredible production quality, each track flows into the next without coming off as repetitive or droned out. Lyrics remain creative throughout the entire album, dishing out emotional symbolism that will undoubtedly translate into unimaginable energy at live shows. Throughout the 12 tracks, it comes to attention that each tack introduces and finishes its own narrative, without taking away from other songs or over-saturating the entirety of the album. Also, Dan Lambton truly displays his vocal range this album. When certain tracks are compared and contrasted, such as “Empty Picture Frames,” “Keep Lying to Me,” and “Mokena,” Lambton’s vocal flexibility is evident.

Overall, The Home Inside My Head tackles on serious issues and struggles without flat-out stating them. Themes of self-forgiveness and acceptance are prominent in nearly each track, which is important for Real Friend’s typically youthful target-audience. Tracks such as “Mokena” and “Mess,” are composed of gentle instruments and lyrics exclaiming issues Lambton has faced with alienation, nostalgia and toxic relationships. Although discussing negative topics and struggles, Real Friends makes it clear that negative times do pass, and that in the long-run even if everything isn’t perfect, it will be okay.

The Home Inside My Head truly deserves a 9/10. With a lyrical composition that individuals from various age-groups can relate to and well-played and thought out pop-punk melodies, Real Friends have shown that their music has nowhere else to go but up in the charts.