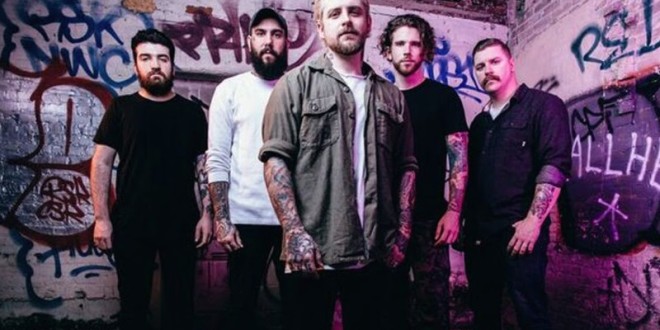 Vanna have also released a video for new track ‘Pretty Grim’ which you can watch below:

“Pretty Grim” will appear on All Hell, which arrives on July 8 via Pure Noise and was produced and engineered by Will Putney (The Amity Affliction, Miss May I). Pre-orders for All Hell are now live.

“One thing that has come out of sharing our lives through songs and touring is the comforting knowledge that we all live, breathe, suffer, and survive together,” said singer Davey Muise. “No matter how dark the past or deep the problems, each of us have the power to let everything out through music and begin to not only heal but rebuild.

“All Hell is everything we’ve been through, all the problems, all the pain, all the lessons we’ve learned or were forced to face. But make no mistake. These songs aren’t confessions — they’re us being proud and owning the people we are now. This record is you on the other side of the hell you’ve gone through: better, stronger, and ready for more. No matter what you fought through, bled about and survived, we feel it, we’re with you and this records is our anthem. This is the sound when All Hell comes crashing down.”

Fans can download  “Pretty Grim” for free (along with 22 other songs on the Pure Noise 2016 Summer Sampler) here.

Vanna will be appearing on this summers Warped Tour at all dates.