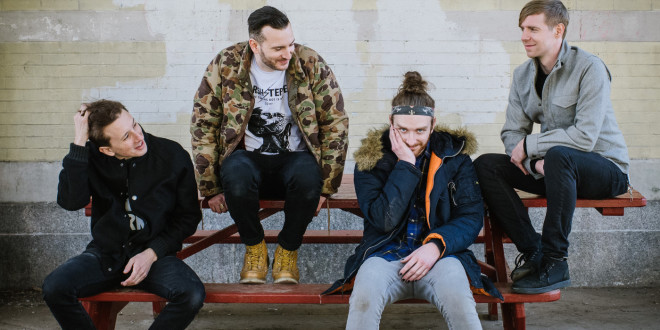 This summer Bear Hands will be making several festival stops, including97X BBQ (FL), Undertow Jam (FL), Rock on the River (FL), Make Music Pasadena (CA), WKQX PIQNIQ (IL), DC101 Kerfuffle (MD), and the KRBZ Buzz Beach Ball (MO). Their dates with Atlas Genius will begin on July 18th at Manchester Music Hall in Lexington, KY. You can also see Bear Hands at Austin City Limits (October 7th-9th). Tickets to all newly announced shows go on sale at 10am local time on May 26th via bearhandsband.com/events and all other shows are currently on sale. See all the dates below!

After cementing their indelible mark on the indie rock world with Burning Bush Supper Club and Distraction, Bear Hands released their newest album YOU’LL PAY FOR THIS on April 15, 2016 via their own independent label ‘Spensive Sounds. The record came out to critical acclaim with Noisey expressing, “Taking everything they’d showcased on previous efforts, You’ll Pay For This ups the stakes” and Alternative Press waxing, “Bear Hands make electro-pop and indie rock cool again… People, you really should pay for this.”

Their atmospheric and memorable single “2AM” has been #1 Most Addedon the BDS Alternative Chart and was featured in Billboard’s Spotify Viral 50. This track echoes the challenges of growing older while trying to hold onto the familiar scene that surrounds you. Check out the track here:

You’ll Pay For This (iTunes, Spotify, Signed Vinyl) pulls the band into songwriting overdrive, featuring big booming melodies and experimenting with different textures and rhythms. Produced by guitarist Ted Feldman and James Brown (Foo Fighters, Arctic Monkeys) and mixed by Alan Moulder (My Bloody Valentine, The Killers, Yeah Yeah Yeahs), the album is a career-defining moment for the band who effortlessly displays the dexterity and tight songwriting skills they’ve gathered from their previous releases.

Previous O.J. Simpson by Wolli Don Produced by Wolli don
Next Fantastic Negrito at The Viaduct in Los Angeles, CA on 05/19/2016