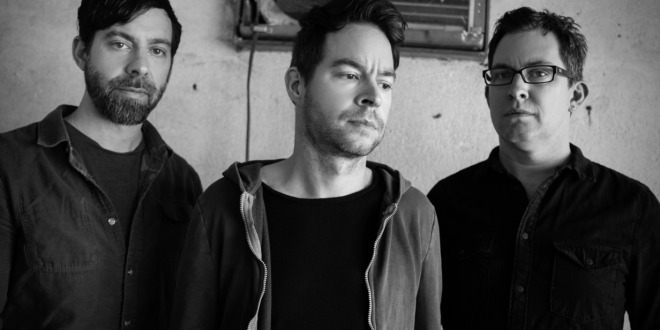 Multi-platinum alternative rock band Chevelle return with their eighth full-length album, The North Corridor [Epic Records], available in stores and through all digital retailers July 8, 2016. The online pre-order is live now on iTunes.

The North Corridor follows up 2014’s critically acclaimed La Gargola, which debuted at #3 on the Billboard Top 200 upon release and earned the group its highest chart position yet. Marking their third consecutive collaboration, the band teamed up with producer Joe Barresi [Queens of the Stone Age, Tool, Coheed and Cambria] for the record’s ten tracks. With its thick guitars, hauntingly hypnotic vocals, and crushing rhythm, “Joyride (Omen)” siphons the aggression of early Chevelle, while boldly progressing once again. The entire tracklisting can be found below.

In support of the album, the band hits the road this summer on a co-headline tour with alternative legends Bush beginning July 23 at Riverbend Music Center in Cincinnati, OH. In addition, they play a series of key rock festivals and radio shows across the country. See tour dates below.

Since the release of their full-length debut ‘Point #1’ in 1999, Chevelle have stood at the forefront of hard rock, consistently evolving and progressing while delivering a series of ubiquitous and inescapable anthems. 2002’s breakout ‘Wonder What’s Next’ would go platinum, yielding smashes such as “The Red” and “Send the Pain Below,” while its follow-up ‘This Type of Thinking (Could Do Us In)’ reached gold status. In 2011, ‘Hats Off to the Bull’ landed at #9 on the Billboard Top 200 and delivered “Face to the Floor.” ‘La Gargola ‘crashed into the Top 5 at #3 and boasted “Take Out the Gunman.” ‘The North Corridor’ is a new place altogether for the band in 2016.