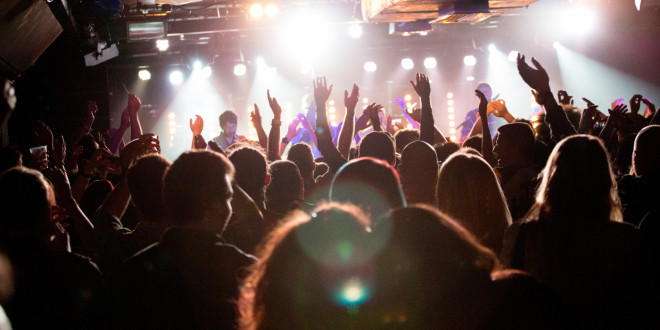 Gallery: The Heavy at Newcastle University, 14.5.16

The Heavy make their return to Newcastle following their release of their fourth album Hurt & The Merciless last month. Opening up with ‘Can’t Play Dead’ singer Kelvin Swaby instantly connected with the crowd, drawing everyone in with both his voice and personality. ‘Short Change Hero’ was the crowdpleaser, one of their most well known songs from being on the opening to the video game Borderlands 2 (yes, that’s where you know if from). Their set was full of energy, movement and gave off such a positive atmosphere. Seventeen songs of dance-inducing wonder and finishing on the ultimate jam ‘How Do You Like Me Now?’. The Heavy are certainly one of the most enjoyable live bands I’ve seen in a long while, and the crowd seemed to embody this. Drawing in the biggest variety of people I’ve ever seen at Newcastle Student’s Union, it was well worth missing Eurovision for this gig! For those who are unfamiliar with The Heavy – check out their latest album, best enjoyed loud.