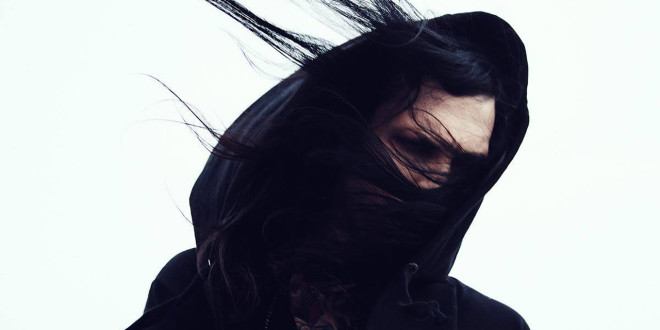 The Los Angeles based band Vampires Everywhere! are currently on tour in North America to promote their latest release, Ritual. The album contains 11 tracks that feature works flavored with the likes of Nine Inch Nails, Marilyn Manson, and My Life With The Thrill Kill Kult among others. Ritual reflects how Vampires Everywhere! have embraced their influences while creatively playing around with tempo and rhythm throughout the entirety of the record.

‘Intro’ grabbed my attention and compelled me to listen. This short yet intense track showcases how dark Vampires Everywhere! could compose if they were so inclined. It was rather disappointing that the song wasn’t a bit longer, honestly.

The following track, ‘Black Betty’ balances a mechanical industrial effect with a good ol’ fashioned loud and in-your-face classic rock and roll break down. The vocals are gruff and intensify the eclectic track to a different level.

‘Perfect Lie’ has an electronica mashup that meets strong vocals, harsh guitars and intense bass before it blends smoothly. Unfortunately, the song grows repetitive, both lyrically and instrumentally relying on the formula which initially made the song intriguing.

The standout track on the album is ‘The Ghost Inside My Head’ for several reasons. It has an engaging piano intro, fast and crisp drums, clean guitars and variety. Vocals go from a soft ballad-like delivery in the beginning, to raspy and whispering with an end climaxing in passionate screams. The guitar solo keeps you engaged until the finish. This song has strong emotions behind it and it flows through at every note and break.

When listening to the eighth track ‘Violent World,’ only one word comes to mind: sexy. The song has a downtempo rhythm with minimal instrumental outbursts, steady all the way through. It is reminiscent of ‘Closer’ by Nine Inch Nails, like it’s milder radio edit version but, still entertaining nonetheless. The final three songs, ‘9 Lives’, ‘American Nightmare’ ( at 1:40 the similarity to Marilyn Manson’s ‘Disposable Teens’ couldn’t be ignored), and ‘Truth In You’ are all fun songs that cement Ritual as an overall enjoyable album. The group ventures into different realms of music writing and don’t shy away from experimenting with different elements.

To get to know more of Vampires Everywhere check them out at: