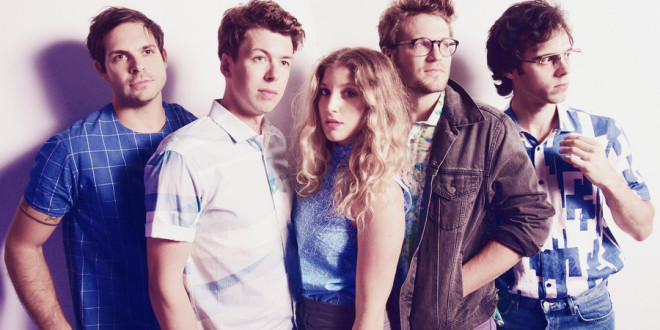 Ra Ra Riot are excited to announce that they will be touring with Young The Giant on their upcoming Fall tour.  The two band bill will kick off September 6 at Cleveland’s House Of Blues and conclude with a two night stand on October 27 at the Commodore Ballroom in Vancouver. Along the way, the tour hits New York City for a show at  Radio City Music Hall on September 17 and Los Angeles‘Greek Theater on October 21. Ra Ra Riot’s upcoming festival shows and the full fall tour is listed below.

Ra Ra Riot’s latest album, Need Your Light, was released earlier this year via Barsuk and the band have since been spending most of their days in a tour van and nights playing to packed, sold-out audiences across the US.  The album has resonated with fans and press alike –   Pitchfork noted “they have finally hit the sweet spot” and The LA Times called their single “Water” “impossibly catchy.” Further accolades came from Entertainment Weekly who said “Need Your Light, might be their most artful and catchiest set yet” and Harper’s Bazaar said,  “The singles from Light don’t stray from the band’s fun indie vibe.”

Need Your Light sees the band getting back to their house party roots — it is celebratory without being solipsistic and that sees the group collectively mining their prior experiences in order to craft something that looks toward the future with an optimistic gaze.  And that optimism is warranted – touring behind Need Your Light has seen Ra Ra Riot play to some of their biggest audiences of their decade-long career and the the two singles from the album, “Water” and “Absolutely” have been their strongest at radio to date.

Looking toward a summer playing out at festivals followed by the forthcoming Young The Giant tour, Ra Ra Riot’s trajectory upwards — towards even more love at radio and more new fans connecting with them and their music — will undoubtedly continue.