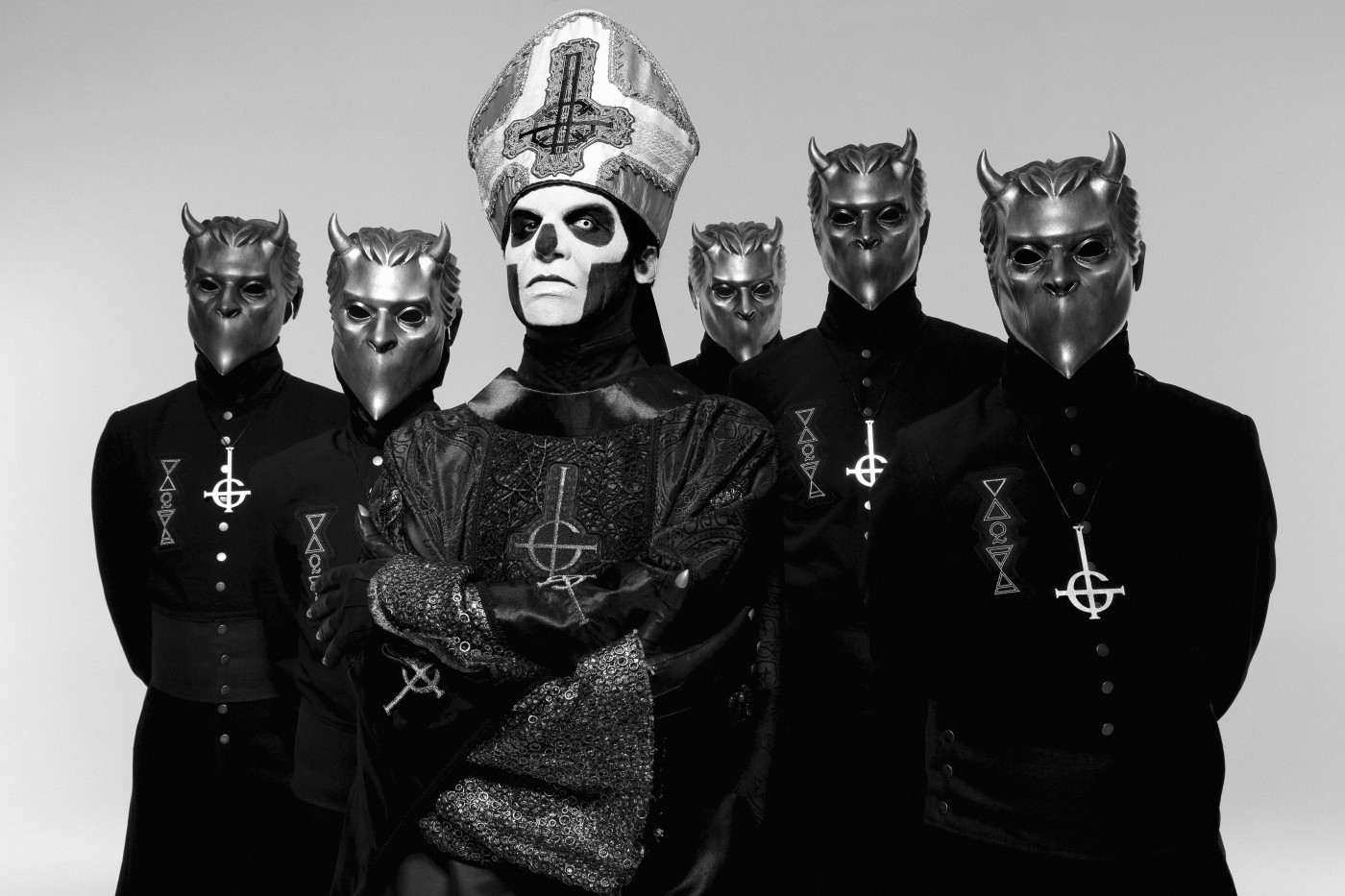 Grammy® Award-winning band Ghost have added dates to their current ‘Black To The Future’ tour, which is currently hitting venues across the country. The band will perform in Des Moines, Minneapolis, and Green Bay following an appearance at Lollapalooza to wrap up the tour. Macabre will open the newly added shows. Tickets will be available for purchase beginning this Friday, May 20th at 10:00 AM local time. See below for a complete list of dates.

Ghost’s “Cirice”, from their critically acclaimed third album Meliora, was awarded a Grammy® for ‘Best Metal Performance’ this past February at the 2016 Grammy® Awards. Meliora was released on August 21, 2015 and debuted at No. 1 at Independent Retail, No. 2 at Rock, and in the Top 10 (#8) on Billboard’s Top 200 Album Charts. Ghost are one of just four bands from Sweden to have been in the Top 10 on the Billboard 200 Albums chart (joining Avicii, Ace of Base, and Europe).

Papa Emeritus III and his nameless ghouls capped off a landmark 2015 with their late night television debut on the Late Show with Stephen Colbert’s Halloween show on CBS with a rousing performance of “Cirice”, which reached the Top 5 at radio at Active Rock and Mainstream Rock.

Rave reviews for Meliora include Rolling Stone: “Generally speaking, the band has done more to bring blasphemous, religion-skewering devil rock to the mainstream masses than perhaps any act since Marilyn Manson.” Entertainment Weekly: “One of the most exciting bands on the worldwide hard rock stage.” Metal Injection: “All hail Ghost and its masterwork, Meliora.” Noisey: “Ghost is back and cracking skulls.”