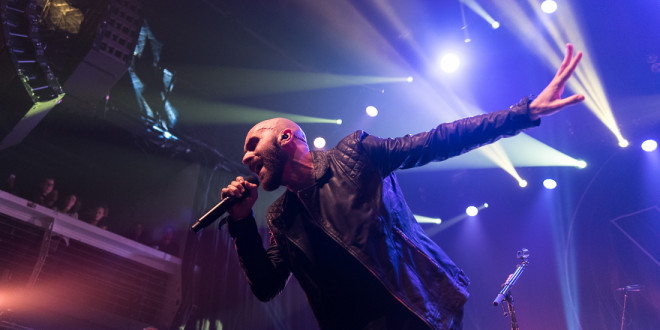 Having been introduced to them on Muse‘s Drones tour earlier this year, I already knew that X Ambassadors is a band whose showmanship begs to be enjoyed live. I was far from disappointed. With energy pumped to 11 from the get-go, X Ambassadors plowed through a high-adrenaline set that mainly showcased the band’s latest release, VHS. Rapper A$AP Ferg surprised the audience when took the stage to join frontman Sam Harris during “Low Life.” X Ambassadors’ larger-than-life anthem “Renegades” capped off the set with an explosive burst of fog, confetti and streamers over the crowd. Though, despite the big-note ending, the band took the stage once again for an emotional cover of Prince‘s “Purple Rain” and “Unconsolable.”

Check out some of my shots from Friday night’s performance below: