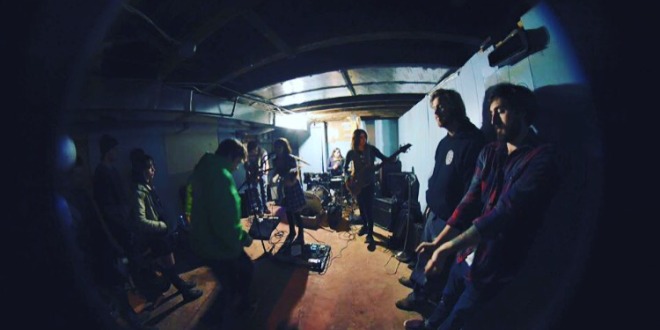 The explosively powerful debut Alt-Rock album Imagining Things from Resilient is ready to be officially released for the summer of 2016!  With layers of serious depth that reveal tight songwriting, emotionally-heavy material and a tremendous edge that sets this Philadelphia-based band clearly apart from the rest – Resilient are ready to make themselves known to the rest of the world and this brand-new album will have no problems establishing that introduction to you all.

Gigantic, meaty guitar-riffs and HUGE sounds rule supremely on Resilient’s debut record.  With their own special brand of twisted Rock-music branching out into progressive rhythms & heavy grooves – this four-piece band released their title-track and first-single from Imagining Things at the end of April, 2016 and are already leaving critics & fans alike stunned with the brilliant dynamics of their combined talents.

Whether it’s the intensity of the drums or the powerhouse vocals, the adventurous guitar-lines or sweet rumble of their bass, Resilient has created music designed to leave a memorable impact on music-fans worldwide.  With music as insightful & thought-provoking easily as powerful as the crunch of their sound – Resilient is ready to take the world by storm on Imagining Things…or if necessary…by force!

BE READY.  BE RESILIENT.  BE IMAGINING THINGS – this July!

Stephen Vicino is the founder of MusicExistence.com. He created this site to give talented musicians a voice and a way to be discovered.
@@svicino
Previous Album Review: 3OH!3 – NIGHT SPORTS
Next Album Review. Christopher the Conquered: I’m Giving Up On Rock & Roll