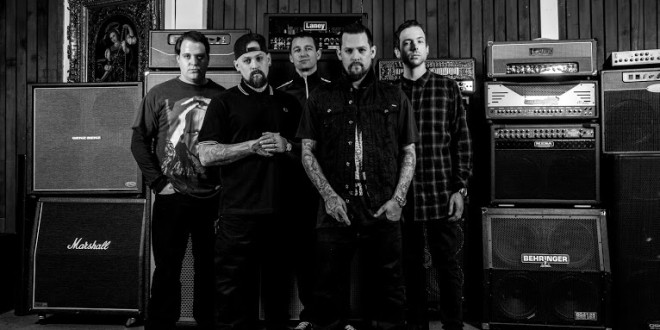 Multi-platinum-selling pop-punk icons GOOD CHARLOTTE have announced a new U.K. single “Life Changes” taken from their forthcomingsixth studio album YOUTH AUTHORITY which will be releasedon Friday, July 15th.  You can pre-order the album(here) and will be rewarded with instant grat downloads of “Makeshift Love”, “40oz Dream” and starting tomorrow, the new track “Life Changes” (YT LINK).“Life Changes” will be available on all DSPs on Friday, May 13.

“When we went to make this record I just wanted to make a record that I would love to listen to driving around, and feeling like a kid again. That was the goal,” Benji Madden says.

They accomplish that time and again on the mature YOUTH AUTHORITY, from the old-school pop/punk opener “Life Changes” to the joyous sing-along refrain of “Reason To Stay,” featuring Simon Neil (Biffy Clyro), and the upbeat pop energy of “Keep Swingin” featuring additional vocals from Kellin Quinn (Sleeping with Sirens) as well as “The Outfield” and “WAR,” the group’s heaviest song to date.For the new album, the group also collaborated with John Feldmann who produced the original GOOD CHARLOTTE albums.

The multi-platinum-selling group’s first single, the retro “40 oz. Dream” is impacting radio charts starting this week. Watch the clip for “40 oz. Dream”which Rolling Stone hailed “colorful and nostalgic… [the] song looks back on the time when the band was on the come-up in L.A.’s punk scene.” Watch and share the group’s hilarious video for the song “Makeshift Love”.A video for “Life Changes” will be released in the coming weeks.

After performing a handful of sold-out east coast dates, the pop-punk icons have announced special shows on the Vans Warped Tour this summer. The trek will launch on Tuesday, July 19 in Noblesville, IN and continuing through Thursday, July 28 in Kansas City, KS. Catch GOOD CHARLOTTE live in the UK at this year’s Reading and Leeds festivals on August 26 – 28th. More dates will be announced soon.

Catch GOOD CHARLOTTE at the following dates below.