Home / Photography / Gallery and Review: Ryan Star at The Barbary in Philadelphia on 5-12-2016 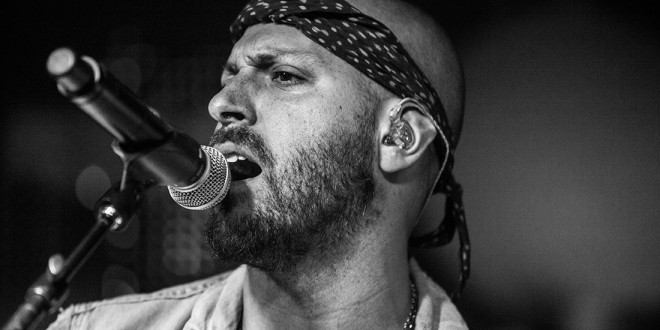 Gallery and Review: Ryan Star at The Barbary in Philadelphia on 5-12-2016

The first time I ever heard Ryan Star sing was when his song, “Losing Your Memory” played on the second season of the Vampire Diaries. I downloaded it right after the episode and it is still in heavy rotation on my iPod. So, I was thrilled when I found that he was opening for American Authors at the Barbary in Philly last night. I hadn’t gotten the chance to see him perform live before.

Ryan played a solo acoustic set in the intimate venue. Just because his set was unplugged didn’t mean that it lacked any energy. He belted out the songs with so much passion and conviction. It was as if you didn’t just hear the songs but you felt them as well. By the end of his set, the crowd was left in awe. I will definitely be attending more of his shows in the future.

Plus, you gotta love a guy that wears pink sunnies.

Check out some of the highlights from his set:

Fun Loving Music Photographer and lover of live music in general. I am most likely to be spotted with a coffee in one hand and a camera in the other, somewhere in Philadelphia, New York City and everywhere in between. For more of my music photos: http://myphotos.bellemorephotography.com/
@bellemorephoto
Previous Show Review: Heartless Bastards, Old 97s at Music Hall of Williamsburg 3/10/16
Next Interview: Guernsey’s Auction House President Arlan Ettinger Discusses Duke Ellington Memorabilia ‘Goldmine’ To Be Auctioned May 18