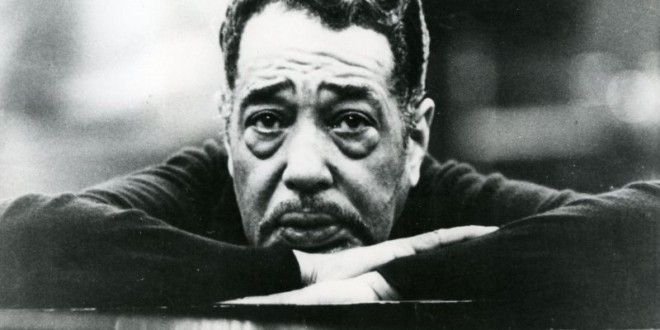 Edward Kennedy “Duke” Ellington is nothing short of prolific, not only in the face of jazz, but of modern music as we know it. A pianist, composer and bandleader, Duke’s output encompasses multiple band ventures and thousands of compositions and recordings over a 50-year span. His most popular works include Stormy Weather (1933), A Slip of the Lip, (1941), and Satin Doll (1953), just to name a few. The credibility he had accumulated allowed him to transcend rising pop trends of the era and beyond; in particular, big band/swing, crooning idols, and rock and roll—the latter in which he continues to prove massively influential.

These past few months, music fans and collectors have expressed skyrocketing excitement once word of the Duke Ellington auction reached the internet. And on May 18, less than a week away, the world will take part in an event commemorating the jazz icon’s influence on music of the 20th century. Over 250 of his personal belongings, most of which are near mint to mint condition, are being showcased live through the National Jazz Museum in Harlem, New York City. It is an unreserved auction, meaning no tickets are required to participate. Non-stateside and international bidders are also in luck. They can participate online via the two largest auction-based websites, www.liveauctioneers.com and www.invaluable.com, where bidding is done in real time.

How this ‘goldmine’ of items found its way into new hands may come as a surprise—perhaps bordering on unbelievable. However, once contacting Guernsey’s Auction House president, Arlan Ettinger, I had gained an in-depth understanding as to how this all came to be.

“25 or so years ago,” Ettinger explains, “I became friends with a gentleman by the name of Steven James. We had a mutual interest in old racing cars, and so we stayed friends through the years. There would be gaps where we wouldn’t see each other one year after the next, but always stayed in touch. Then, a number of years ago, Steven revealed something that I thought was pretty exciting—he said he was Duke Ellington’s nephew.”

Ettinger was surprised to have seemingly received this information out of the blue, but as it turns out, his friend was right. “From that moment onward, we occasionally would speak of, one day, there being a Duke Ellington auction when he was in possession of [the memorabilia]”. James, who had been involved with Duke one-to-one during his final years, had initially stored the items away for decades with no intention of selling them. He is said to live a remote lifestyle, and is currently writing a book about he and his uncle’s relationship.

Among the more distinctive Duke items in the lot are his white baby grand piano, a collection of dinner jackets, and two dozen original composition drafts. Ettinger provided background for each of those items.

“The white baby grand is about as iconic an object as I can imagine, because, as Steven put it, it is the piano on which he composed much of his music. Duke was known to have had several more pianos that were peripheral, but this is the one that was most often used. In fact, there are pictures in all different stages of his life with this white piano, which appears to be the only one. The photographs of it that appear in our catalog were taken on the stage of New York’s famed Apollo Theater. It’s just one of those things that give you goosebumps thinking about it.”

“In terms of his jackets, Duke was a man of great style—clearly a very debonair individual—and these jackets symbolize that sense of style. You don’t have to squint your eyes too tightly to try to envision him in them. It’s a visceral and very visual example of what Duke was all about. These are more than just objects of clothing; they were stage worn. These are not the kind that he would throw on, go out and get a sandwich late at night (laughs).”

“Now in terms of his music compositions, you’d have to imagine that this is the heart of it all, because he is considered one of the greatest composers in American history—or global history, for that matter. He has these detailed examples of his music writing talents, where you see, in pencil, many popular songs being created for the first time. You see erasures and cross-outs as he’s experimenting with tunes or lyrics—it’s a man at his work! I think it’s pretty extraordinary. You may think these are just pieces of paper, but this is his music; you’re buying his music on those pages.”

To add further clout to Duke’s artistic abilities, several of his original paintings are also going to be part of the auction. Included is a portrait of longtime music partner Billy Strayhorn, and another of a woman, titled “Satin Doll,” like one of his most famous records. It has not been confirmed whether or not Duke received formal training, but he was a fairly accomplished painter nonetheless.

Ettinger also stated that in addition to being president of Guernsey’s, he is closely involved with the preparation aspect of the auctions. Interestingly, that is one of the ways he came to appreciate Duke Ellington’s artistry. “Even if I wasn’t a fan of a certain type of music going into these events, you sort of become a fan, and become reasonably knowledgeable just by preparing for an auction”. Similarly, he encourages participants to simply learn about auction displays, and most importantly, that they enjoy themselves.

“My advice is that one should not feel intimidated, and that our auctions are a lot of fun! Some people who have had no auction experience will go by solely what they’ve seen in movies, where you see 20 very somber looking people, sitting tight-lipped in a room where millions of dollars are being spent to buy some work from Picasso. Indeed, our auctions are much livelier. When we did the Jerry Garcia auction, there were all kinds of cheering and crying—it was like a love fest of Jerry’s fans! And we expect, to a degree, that our Duke Ellington auction will be like that too. When someone bids on a lot, you can feel their exuberance. People pat each other on the back, and it’s a very nice thing!”

I come from a family who is passionate about all things music. I learned to sing at an early age, and by 13, had my very own Fender Strat guitar. I tried my hardest at learning all that I could. Because I was born with cerebral palsy, I had to teach myself an adaptive playing style. I learned to write and record my own music, despite these difficulties. In college, I started making great use of my writing abilities by reviewing music, as well as copy editing. I guess it's best to stick with what you know, while welcoming a fair challenge at the same time.
Previous Gallery and Review: Ryan Star at The Barbary in Philadelphia on 5-12-2016
Next Gallery: James at the Manchester Arena 13.05.2016 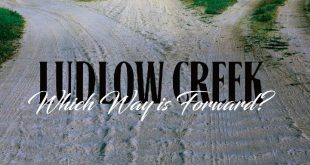