Home / News / Music Video / Panic! At The Disco Shares New Music Video for “Don’t Threaten Me with a Good Time” 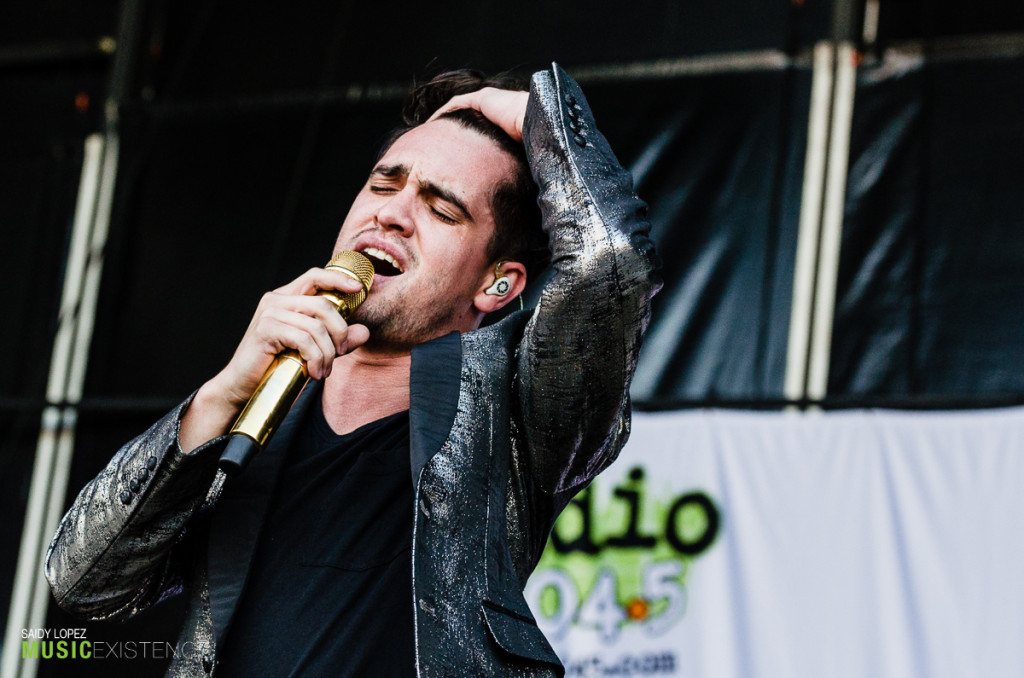 Panic! At The Disco Shares New Music Video for “Don’t Threaten Me with a Good Time”

This morning Panic! At The Disco shared a new music video for their next single “Don’t Threaten Me with a Good Time”. Follow P!ATD frontman Brendon Urie along for an ill-fated night of debaucherous partying in the video below:

Next month, Panic! At The Disco will embark on a massive summer tour with Weezer. A complete list of upcoming live dates can be found HERE.

Panic! At The Disco’s critically acclaimed fifth album Death of a Bachelor debuted at #1 on the Billboard 200 chart in January and is available HERE via DCD2/Fueled By Ramen/Crush Music.

About Panic! At The Disco:
Las Vegas’ Panic! At The Disco is an internationally acclaimed rock band. The band’s fourth studio album, Too Weird To Live, Too Rare To Die! made a top 2 debut on the SoundScan/Billboard 200 upon its 2013 release. The album was fueled by the RIAA gold certified single, “Miss Jackson (Feat. Lolo),” and quickly proved a top 10 favorite at Modern Rock radio outlets nationwide. In addition, the song’s companion video – featuring actress Katrina Bowden (30 Rock) – scored major rotation at MTV2, mtvU, FUSE, and Logo’s “NewNowNext,” while earning close to 29 million views. Released in 2005, Panic! At The Disco’s double platinum-certified debut, A Fever You Can’t Sweat Out remains one of the biggest selling debuts in Fueled By Ramen history. Singles like the 2x-platinum smash, “I Write Sins Not Tragedies,” earned the band international acclamation and a fervent fan following around the globe, also receiving a number of major honors including multiple Grammy® nominations and the prestigious MTV Video Music Awards “Video of the Year” prize for the “I Write Sins Not Tragedies” video. Panic! At The Disco’s acclaimed second album, Pretty. Odd. arrived in 2008, debuting at #2 on SoundScan/ Billboard 200 album chart upon its initial release. The album’s popular success was matched by a wave of critical applause, with NME declaring it “a victory for artistic ambition over cynical careerism, one of the feel-good psych-pop albums of the year.” They returned three years later with Vices & Virtues. The album – which features, “The Ballad of Mona Lisa” and “Ready To Go (Get Me Out Of My Mind)” – made a spectacular chart entry upon its March 2011 release, entering the SoundScan/Billboard 200 at #7, while also coming in at #2 on SoundScan’s “Alternative Albums” chart.