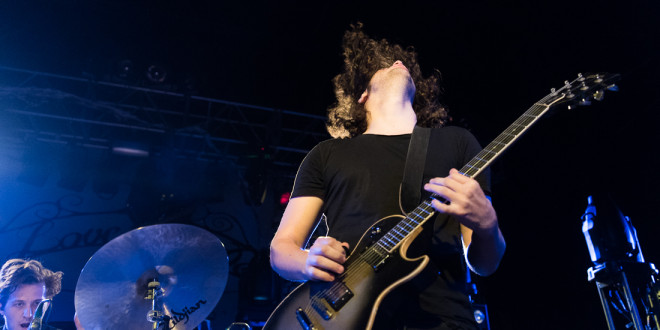 Gallery: The New Regime at Starland Ballroom in Sayreville, NJ 04.30.15

The New Regime, brainchild of multi-instrumentalist and vocalist Ilan Rubin, is currently on tour with The Used in support of their 15 Year Anniversary: In Love and Death Tour. Heavily influenced by big-name classics like Queen, the Beatles and Led Zeppelin, The New Regime certainly gives off the vibe of a 70’s jam band with a progressive flair. The band played a rocking 45 minute set jam-packed with shredding guitar solos and trippy tangents that enthralled and entertained its audience.

Check out some of our shots from The New Regime’s set on night 2 at Starland Ballroom below, and be sure to catch them live with The Used on tour this spring.