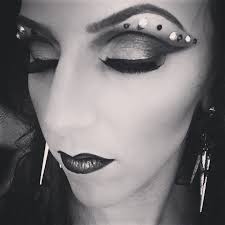 House has been around for some time now and there are actually various kind of house songs. There are hard core non-lyric house songs, and a hint of both house and RnB that has equally great amount of words and beats to get the legs jumping in the dance floor.

“A song specially made for millennials” – this is how I would define the song Zipper from Corvaa. Listening through the 4:30 minute song, you will hear various comparison to existing house music that have already hit the top charts in recent years and in the 90s. This makes it a diverse song that can actually survive the test of music industry probably in the next two decades.
For a moment you could hear a bit of John Legend’s “All of Me” in the earlier part of the instrumental (Well, at least to my ear). You would kind of think of other songs you’ve heard in your past that would make you say “Oh, wait. It sounds like…”

The variation of the beat is very good, as the song started a bit slow until it hypes up to a danceable song. The transition is very swift which is quite commendable as the Corvaa as an artist is known to do most of her earlier songs on her phone. Beats are a good mix and blends well together as well.
Now, listening trough the song, it is about a girl who saw a guy seeing through her over a bar or maybe a club where both of them caught each other’s attention. I say bar/club because she mentioned in the first verse “I don’t want to leave, lonely”. All in all the lyrics is very easy to understand as to memorize. It is not one of those deep thinking meaning kind of songs that you would have to digest word per word to understand what the message the song writer is trying to convey to its listeners. It is pretty much straight forward. It because of this, it has it strengths and weakness.

It is a strength for one, because people can easily relate to the song and actually know what does the song they are singing is about in an instant. However, I think the lyrics could have been constructed a bit more timely to the taste of today’s listeners. It is a weakness on the other hand because younger people nowadays appreciates songs that have deeper meaning to them. Something that can put together from a puzzle. Not to mention that the title is quite expected from how the lyrics goes.
Zipper is also pretty catchy, and can easily get to your head after two to three plays. It is actually stuck in head and I’m guessing it would stay there for another until I find another song to hum on. Nonetheless I would give the song an 8 out of 10. It would indeed be a great part of your club hits list of 2016. A good song to dance off with a beer on your hand.