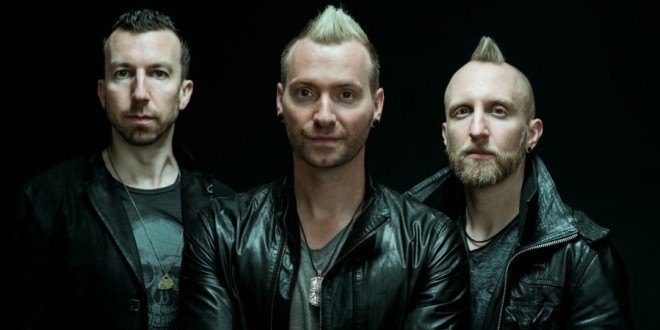 Nearly two years after Thousand Foot Krutch landed their second consecutive Hard Rock No. 1 and Billboard Top 10 album with OXYGEN: INHALE, the adrenaline-doused rockers are back to the aggressive side of the dial with EXHALE, which is set to release independently worldwide June 17 on TFK Music and with marketing, sales and distribution through Fuel Music. The upcoming album is filled with arena-shaking anthems and some of the boldest lyrics in the group’s history, and will be available to preorder tomorrow (April 29) from iTunes along with special pre-order options from Amazon.com, Best Buy and other digital and physical retailers internationally.

“I had gotten the idea a few years back of having an album called ‘Inhale’ showcasing the lighter, quieter side of the band that’s always been a part of our albums, allowing us the freedom to dig deeper into that than we have before. And then to have an album called EXHALE that drops the gloves and dives even deeper into the aggressive side of the band. We didn’t get soft on the last one! I promise!” laughs TFK front man Trevor McNevan. “It was always meant to be a two-part story.”

The unapologetic, gate-charging lead single from the new album, “Running With Giants,” which is available at iTunes now, captures the energy of EXHALE along with an assertive message for underdogs.

“In life, everyone wants to put you in a box, and label you, but your value or success doesn’t depend on what others think of you,” says McNevan. “Follow your own convictions, dreams and inspirations, and don’t be afraid to step over your fears. The faith steps in our lives define our journeys, and that’s what this song is about.”

“Running With Giants” follows two consecutive Top 20 Active Rock hits (“Untraveled Road,” “Born This Way”) from OXYGEN:INHALE and has already become an international hit as the fastest chart-climbing song in TFK’s history. After premiering on the airwaves via SiriusXM Octane Feb. 21 and with TFK’s live performance of the song Feb. 12 at the RadioContraband Rock Radio Convention 2016, “Running With Giants” went on to debut at No. 38 on the Active Rock chart. Up 11 notches this week at Active Rock in the US and hitting No. 20 in Canada, the song posts a Top 10 Under-The-Radar chart hit and continues to climb.

The “Running With Giants” lyric video also picks up over 333,000 views as the song becomes the band’s first music video since “War Of Change” debuted more than three years ago. The new video premiered earlier this week on Loudwire.

TFK also launched EXHALE’s riff rocker “Incomplete” to the top 10 of the iTunes Rock Top Songs chart amidst 5-star acclaim and a YouTube lyric video that has been viewed more than 500,000 times. The band further continues to pour back into their audience, gifting the second chances-themed “Born Again” to its fans. Downloaded tens of thousands of times by fans from more than 120 countries, and with more than 340,000 YouTube views so far, this song is also featured on EXHALE.

Taking the fan favorites and new songs on tour around the globe, TFK’s McNevan, along with bandmates, bassist Joel Bruyere and drummer Steve Augustine, recently returned from their third tour of Russia in as many years and will be featured at major US rock festivals this summer, including first-time mainstage performances at Monster Energy Carolina Rebellion and Rocklahoma fests. TFK’s summer co-headline tour will be announced soon, with all the latest festivals and schedule updates available now at thousandfootkrutch.com.

About Thousand Foot Krutch:
Ontario, Canada-bred TFK has been a continuously escalating highlight reel since their formation in 1997. With over 1.1 million albums sold, ten Active Rock hits, numerous soundtrack slots, plus a massive presence in professional sports, the group has literally infiltrated every facet of pop culture. Continuing to receive ongoing ESPN appearances, as well as various NASCAR, MLB, NHL, WWE, NCAA and NFL airings (including the 2010 Super Bowl), TFK has songs featured in EA Sports’ NHL 2010 and 2013 video games and tallies about 30,000,000 monthly views in combined streaming across all of YouTube. Just since going independent in 2012, TFK has sold an astounding 350,000 albums, a million singles and garnered 54 million streams. 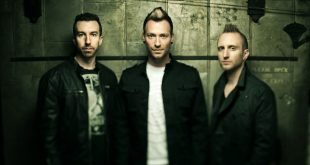 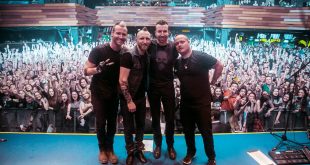