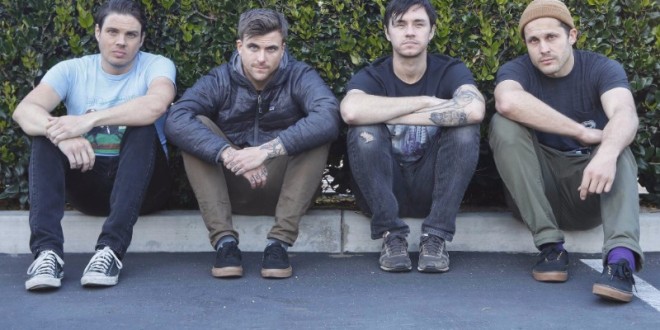 Influential American post-hardcore band Saosin have released new video for ‘Control And The Urge To Pray’ ‘ the third song off their new album Along The Shadow which will be released on the 20th May via Epitaph. The album will be their first new material since 2009 and first ever full-length album with original singer Anthony Green.

The video for ‘Control And The Urge To Pray’ premiered last night on Billboard you can watch the video below:

After Anthony Green rejoined and performed with the band in 2014 Saosin headed into the studio with Green where they recorded ‘Along The Shadow.’ Along the Shadow is an adventurous rush of energy; equal parts confidence and vulnerability, it is the total musical experience of the classic Saosin line up. The album was produced by bassist Chris Sorenson and engineered by Beau Burchell and Will Yip (Circa Survive, Title Fight, mewithoutYou) handling vocal production.

Pre-orders for Along the Shadow are available now here.

Before heading back to America to play Taste Of Chaos with Dashboard Confessional, Taking Back Sunday and The Early November.

ALONG THE SHADOW TRACK LIST
1. The Silver String
2. Ideology is Theft
3. Racing Toward a Red Light
4. Second Guesses
5. Count Back from TEN
6. The Stutter Says A lot
7. Sore Distress
8. The Secret Meaning of Freedom
9. Old Friends
10. Illusion & Control
11. Control and The Urge to Pray