Home / News / New Media / “Lovin’ You Will Be Easy” from Benjamin Scheuer’s “Songs from THE LION” premieres at Elmore Magazine, debut record out 6/3 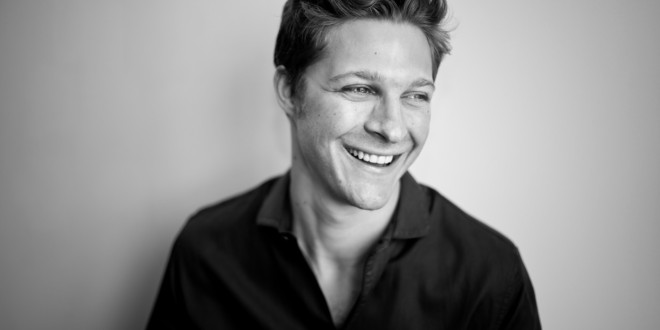 “Lovin’ You Will Be Easy” from Benjamin Scheuer’s “Songs from THE LION” premieres at Elmore Magazine, debut record out 6/3

Songs from THE LION, the debut full-length record from award-winning American singer/songwriter, guitar player and playwright Benjamin Scheuer is out June 3 via Paper Music/ADA. To celebrate, Elmore Magazine is premiering the track “Lovin’ You Will Be Easy” at elmoremagazine.com. Scheuer will also perform in New York City at the Rubin Museum of Art’s “Naked Soul” Concert Series on June 10, with tickets available here.

Songs from THE LION—available now for pre-order via iTunes and Amazon—features music from Scheuer’s critically acclaimed one-man musical memoir THE LION. Scheuer wrote Songs from THE LION as he was playing gigs around his hometown of New York City. “I was singing about my dad, who died when I was thirteen. Singing about a romantic relationship I was in that went well until it went bad. Singing about my diagnosis with, treatment for, and cure of advanced stage cancer.”

Scheuer goes on to elaborate, “Record producer Geoff Kraly and I decided that we wanted the production on this album to fulfill the same purpose that the lighting, set design, directing, acting, costume design and all that stuff fulfills in the theatre show. To create atmosphere. In many ways, this album is the way I hear the songs in my head while I’m performing THE LION in a theatre.”

THE LION has won numerous awards in both the U.S. and U.K., including the 2015 Drama Desk Award for Outstanding Solo Performance, a 2015 Theatre World Award, and the Off-West End Award for Best New Musical.

Best known for his work Off-Broadway and Off-West End, Scheuer, hailed by the New York Times for his “reflective pop-folk songs with catchy choruses and just the occasional burst of angst,” has also toured with Mary Chapin Carpenter (who authored the liner notes for Songs from THE LION) and performed at venues including New York’s Lincoln Center and London’s Royal Albert Hall. Scheuer is also the first musical guest to have performed on “Charlie Rose.” Scheuer and photographer Riya Lerner are also co-creators of the art book Between Two Spaces, from which 50 percent of proceeds go to the Leukemia/Lymphoma Society. The Peter Baynton-directed video for Scheuer’s “Weather the Storm” recently won the Public Choice Award for Best Music Video at the British Animation Awards; Scheuer has also won prizes for his two previous collaborations with Baynton on the videos for “Cookie-tin Banjo” and “THE LION.”