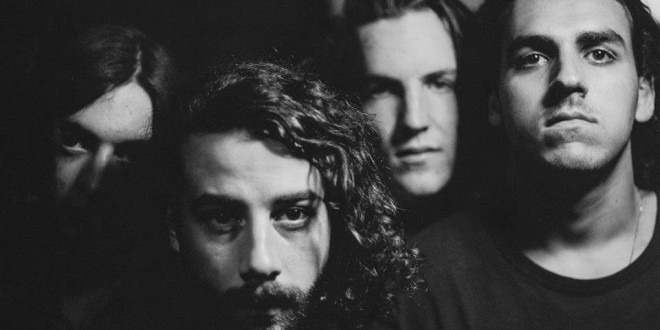 Twin Haus has released their latest EP Nothing Lavish, and it is full of complex instrumentals and haunting music.

The album kicks off with “Synthetic Egg” which starts off gentle and then makes way for a darker shade of vocals. It has a sort of psychedelic feel to it in a sense, although it is not overtly a psychedelic type of song. The lyrics are hard to decipher but they are delivered with passion and still work with the tune to create an angsty mood. The track slowly and steadily builds until it reaches its climax, showing that Twin Haus really know how to construct a perfect tune. Like many songs on this EP there is a definite Muse vibe, but Twin Haus make this collection of songs their own by focusing mostly on the instruments, less on the vocals, and stretching out tunes to around the ten minute mark.

“Self Love” is by far the shortest song the record clocking in at just over two minutes, but it certainly packs a punch. There’s more of a heavy industrial feel here with a layering of sounds that adds to the dynamics of the track. Organic and inorganic sounds are used to create a unique effect, and it soars and then descends at just the right moments to give listeners a full impact.There are no lyrics on “Self Love” but it doesn’t matter because the band clearly displays a talent for getting their point across based on the instrumentals alone.

Carrying on, “I Used to Think” has a bit of a frantic percussion backbeat that serves as the backdrop to this terrific song. It leads into more straightforward vocals that are the most Muse like, hazy but powerful, which is what Twin Haus does best, setting the mood for the entire piece. Once one starts listening one can’t help but get swept up by the bands talents. There’s an epic feeling, especially on “I Used to Think” that is bound to take many listeners breaths away as they ride along with Twin Haus on this adventure.

“The Revue” is nearly twelve minutes long but surprisingly it never drags. On this specific track the band utilizes vocals the most which helps listeners get into the groove of the song which is a bit peppier in its instrumentation, even if it is still a pretty slow temp song. It’s unlike anything else on the EP, with crashing and colliding sounds that all work together to create an unforgettable track and helps close out the album in a spectacular fashion.

If you’re looking for something radical, something that is a bit off the beaten path of standard music, check out Nothing Lavish, and discover what Twin Haus has to offer.