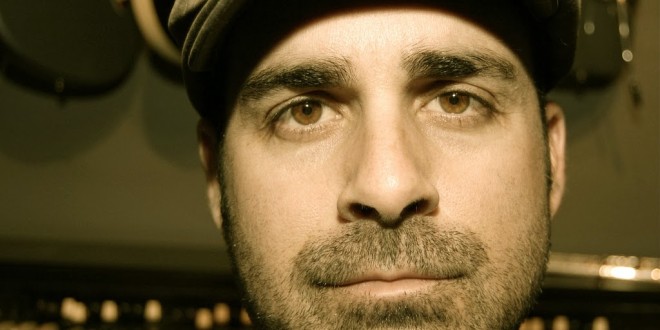 The release of Justin DiFebbo’s second album, Skin and Bones, will likely accelerate an upward trajectory DiFebbo has followed since his debut. The ten song collection, written solely by DiFebbo, is produced by the artist and collaborator/guitarist Lee Knight. It features upwards of ten musicians, including DiFebbro, filling a variety of roles from drums, upright bass, and flute. This community effort helps DiFebbo realize the material is stunning fashion. The imagination spilling these songs out into the world is an impressive thing, teeming with melodies, overflowing with talent. DiFebbo’s focus is unquestionable as well; even the briefest glance at the song’s individual running times will convince you this is an artist who doesn’t believe in wasting a listener’s time or impressing them with his virtuosity.

There’s almost a jazzy flavor in the opener “Adrift” thanks to its rolling piano lines and the percussion’s reliance on high hat work. His approach to keyboards varies wildly throughout the album, but their presence here is discreet until the instrumental break. Guitar is noticeably absent from the track. It isn’t the case on “Air You Breathe”, however, which is clearly built up from its opening acoustic guitar. The vocal harmonies are exceptional and seem to spiral far into the skies above. When the drums kick in and the guitar solo opens, it’s a worthy payoff. “Back and Forth” has an understated menace foreign to the album until now – the song’s riff is pared back to the bone and has metronomic dependability. “Do What You Like” is a retro pop gem and highly melodic, but DiFebbo’s fun vocal further underscores its strengths.

“Skin and Bones” strongly recalls Pink Floyd’s work even down to bringing a pedal steel, ala Floyd’s “One of these Days”. Naturally, considering the song’s languid pace, DiFebbro employs it much different than Floyd did in their track, but the intent is the same. “To My Love”, along with “Back and Forth”, constitutes DiFebbo’s deepest forays into rock music and this is the clearest example of the two. It has energetic pacing, aggressive playing from the band, and an impressive vocal. The album’s longest song, timing out at a little past the five minute mark, “Blue Melody” is arguably its most experimental. DiFebbo indulges his predilections for the music of bands like The Flaming Lips without ever losing sight of his melodic goals. The lyrics do an outstanding job and rank among the album’s best.

The album’s final cut, “Be My Star”, is loaded with delicacy and emotion. DiFebbo is fully invested in one of his best vocals and the lyrical content mixes originality and cliché together well – it’s an approach that gives listeners recognizable signposts for the material while still relating to us the particular flavors of DiFebbo’s personal experience. It ends Skin and Bones on a yearning final note, as all albums from young performers should. DiFebbo is hungry – there’s enormous ambition powering this record and an inescapable feeling that he hasn’t hit his stride as a songwriter. He’s already quite impressive. When he hits his peak though? Look out!