Home / Photography / Gallery and Review: Good Charlotte at the TLA in Philadelphia, PA 4-18-2016 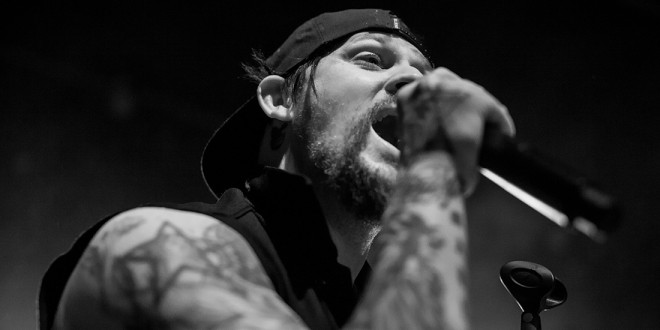 Gallery and Review: Good Charlotte at the TLA in Philadelphia, PA 4-18-2016

Good Charlotte is back! After taking 6 years off, the Madden brothers are back for a quick East Coast tour that kicked off to a sold out crowd in Philly last night at the Theater of the Living Arts (TLA). I’m not sure who was more pumped for the show- Good Charlotte or the crowd in Philly. They opened with The Anthem and lit up the place! Their fans obviously missed them and are anxiously awaiting their new album to be released July 15 of this year. What amazed me was not that everyone in the crowd sang every song, but that they also sung the new unreleased songs with just as much passion.

The thing that I love most about this band is their positive attitude and how they encourage others to have a similar outlook on life. One of the fans lost a hat during some vigorous dancing and lead singer, Joel Madden, made sure that they got it back, telling everyone in the crowd that we are all in this together and to help each other out. “If someone loses a wallet and you find it, you return the wallet,” Joel said in between songs.

The Madden Brothers, Joel and Benji, even took time to interact with the crowd, assuring them that they’d play certain crowd favorite songs and teasing one loud fan for interrupting him while he was trying to tell a story. I think the new songs are great and are very much in the same style of their old stuff. “Forty Ounce Dream” cracked me up the first time I heard it. It’s basically a song about growing up and getting older and not recognizing the new music that’s out now. They tease that the punk rock singers they used to know are now reading books to their kids. I, unfortunately, can totally relate.

Overall, it was an amazing show that I was lucky to be able see. I can’t wait for their new music in July.

If you are on the East Coast, you might still be able to get tickets to their remaining shows here.

Fun Loving Music Photographer and lover of live music in general. I am most likely to be spotted with a coffee in one hand and a camera in the other, somewhere in Philadelphia, New York City and everywhere in between. For more of my music photos: http://myphotos.bellemorephotography.com/
@bellemorephoto
Previous Show Review & Gallery: PUSCIFER at Bergan PAC, Englewood, NJ 04.12.16
Next Justin DiFebbo – Skin and Bones