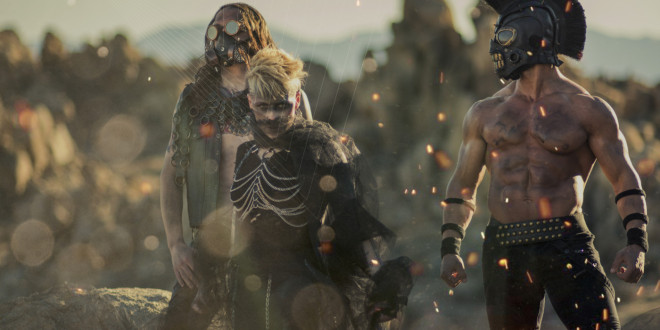 With their latest offering to the nu-metal gods, OTEP transcends Generation Doom’s Mad Max: Fury Road-themed album art to throw lyrical punches at topics as politically-charged as police brutality, LGBTQ+ equality, climate change, and the Syrian refugee crisis. This is only enhanced by the private struggles of vocalist, Otep Shamaya—which are woven into a glistening web of vulnerability. It is at once a call to arms in a world on the brink of dystopia and a vessel for Shamaya’s inner thoughts.

This duplicity is echoed throughout Generation Doom, where softer songs reminiscent of “Perfectly Flawed” can follow tracks showcasing the high-pitched screams, low growls, and rapping characteristic of earlier albums. Generation Doom is a combination of 2002’s Sevas Tras and 2007’s Ghostflowers both in sound and message, a combination that fans will be eager to devour following concept album, Hydra (which for some, marked a less than stellar change of pace) and OTEP’s ensuing three-year hiatus.

According to Shamaya, these variances are not only partially due to inspiration drawn from today’s political environment, but also a recent switch to Napalm Records. As she said in a recent interview with Music Existence,

“I wasn’t getting back into bed with a corporation that was going to try to fit me into a genre where I don’t belong or tell me that ‘Perfectly Flawed’ isn’t an OTEP song because it’s not heavy … It’s absurd to say, because to me it’s the message that guides the music. It’s not the other way around.”

The album starts strong with released single, “Zero” welcomed in by a dual-toned shriek before jumping into a groovy riff. The bridge itself is especially potent as Shamaya’s voice purrs across lines hinting at the privilege buried in everyday complaints and lends an air of lunacy at the inability to think outside of oneself.

OTEP’s lyrical prowess and “Zero’s” climate culture message are on full display in stanzas stating: “the world is slowly dying / & all u do is whine / about the things u can’t buy / with money u don’t have” and “u want me to save ur world / while ur lungs get black & the oceans boil / & u feed & breed this kingdom of shit / bulletproof from the truth armor plated ignorance.” Followed by a chorus repeating how OTEP gives zero f****s, the track is aggressive and utterly addicting.

Partially inspired by a homophobic incident while on vacation in Hawaii with an ex-girlfriend, the intensity of anthem, “Equal Rights, Equal Lefts” builds over a pulsing bass line that would be welcome in any nightclub with a touch of edge. The hip-hop vibe is also strong, as Shamaya spits lines describing sexual exploits and demands equality for all.

Lastly, this review would not be complete without OTEP’s Lorde cover and ode to the poor and working classes, “Royals.” The track starts strong with a thundering drumbeat and hitting guitar riff, before Shamaya’s voice glides over the lyrics once played nonstop across radio stations near and far. By the time the chorus hits, OTEP has solidified the cover as their own, as Shamaya’s powerful screams take the hit to unprecedented levels.

A mix of Sevas Tras and Ghostflowers, OTEP delivers a powerful punch with Generation Doom.