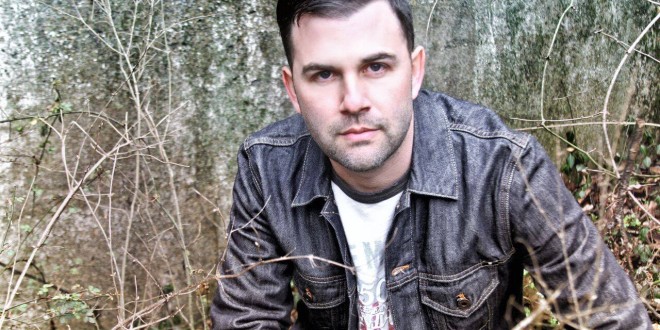 Tucker is a multi-instrumentalist and a prolific songwriter who’s played and toured with Eric Durrance on the Jason Aldean (2008 CMT Tour), Jimmy Wayne, James Otto, Ashley Cleveland, Guy Penrod, Rick Derringer, Michael Peterson and more. When he’s not indulging his love of music, Tucker indulges his passion for cars; American “muscle cars,” street rods and more. “I’m a car freak. It’s something I shared with my dad, and plan to share with my own sons,” Tucker says. He enjoys car shows and just about every car-related reality show on TV. Tucker is currently restoring a 1968 Chevy Camaro. “What I Can Change” is a sincere message about having a positive impact, about making the little decisions that make a big difference.

And change is the stance taken, so, change that shall in due time. He takes his time and does it right, that is one thing for sure on the EP #Country, a decent playing effort with seven tracks, six of which he was involved in writing. The title track, “Hashtag Country,” is a stellar opener followed by choice cut after choice cut. And the single with lyric video, “What I Can Change” is on point in every way, and the overall focus of this review. But it can’t come without some mention of the other tracks. They all add up together so well that any of them could take the single positions in no particular order. And I usually take points away from EP’s in favor of full album releases, but this comes close enough to jazz because the material is so strong.

Speaking of jazz there are some light touches of it here and there with the flexible content within. Tucker plays a fine piano/keyboard and although this is country, make no mistake it is also much more. These day’s things swing from Country Rock and Easy Listen to Folk and Americana stylings throughout the country genre. So, Tucker doesn’t stick to the traditional country rules, but he doesn’t quite break them in this little era either. The pop and easy listening aspects bode well together and don’t drop the country importance one bit. But I can see how people might call it anything but country, I just cannot subscribe to that mentality when it comes to Tucker. He plays his cards right and works with talent that stacks up to his own level, as where many tend to shine on their own and reduce the band to side players.

But let’s not lose sight of the big picture and give the track its due, as it comes with the usual lyric promo video to support it. This video does help understand the song, as a lyric video should, but it has a more repeated effect if you watch and read, instead of just listening. And if you think that is nothing to write home about for a single, I would have to beg to differ because they get fans out of their routine and push the meaning till they get it, as long as they like the music. But back to the words. They definitely speak and inspire much hope for change. His voice nails the country crooner approach and the backing track is as soothing as his voice.

It’s about spending more time face to face in this world of electronic devices and too much information that only helps build walls between people. That doesn’t mean it’s only a relationship song, but it does deal with what seems to be a particular love affair among the general message. It’s important not to confuse this with another video clip of a live acoustic version of this track. It is a lyric video that stands apart with the EP version. By the time you’ve wrapped your head around it, let it play on and see that it makes for good music to relax to. It brings all kinds of thoughts up and just really gets through to me. And that is not all, as each note is delivered with an effortless feel that never quits.

After listening to the whole EP it does rate as one of the best tracks but they’re all very close to the same standard as well. The title track in particular is an epic tune which follows a rock pattern but it’s really just charged up country. These pop elements are found in most country and country rock now, so get used to them. I also enjoyed the likes of “Burn,” with its laid back but brooding ambience. If incendiary were usually referred in ballads, that would describe this smoldering song. Not mention both “She’s Like That” and “Meant To Be” are also great pieces to build around the single, and I even get inspired by “Missing A Part Of Me,” another fine song at the end of the day.

These tracks all have something to offer worth hearing, and hearing again, which makes me glad to of Tucker. But start with this single and lyric video, because it is a great way to get into the on point sound he’s bringing.