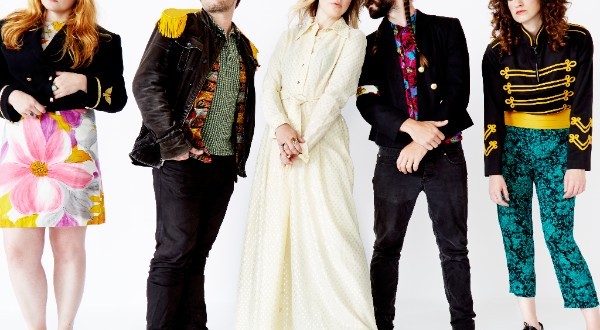 Los Angeles indie rock quintet Banta have announced a west coast tour leading up to the release of their debut full-length album Dark Charms, which will now be released on June 3, 2016 via eOne Music/Fast Plastic.

Banta’s latest single “Three Feet From Gold,” was 4th most added at AAA radio, with airplay at KINK in Portland, KTAO in Taso, NM, WZEW in Mobile, AL and more.

Musician Sharaya Mikael, who grew up in Portland singing and playing guitar, called it quits on a stable career in 2010 to follow her musical passion fulltime. After moving to Echo Park, Los Angeles from Nashville, Mikael realized that her buoyant indie rock songs might be best conveyed with the help of a band.   Banta formed in 2013 and the group unveiled their debut EP in 2014, recorded with producer Andrew Stonestreet, and began playing shows around Los Angeles, including the Buzzbands LA Showcase at Echo Park Rising and opening slots at The Satellite and The Troubadour. The continuous live shows eventually landed them a booking agent and the band toured with Houndmouth in the summer of 2015.