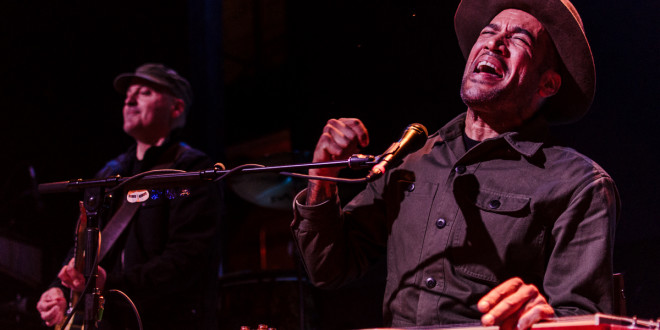 Grammy award winning, singer songwriter Ben Harper reunites with his band The Innocent Criminals eight years after their break up. Ben Harper & The Innocent Criminals recently released their new album Call It What It Is and are on tour throughout the end of the year in support of the album. On Friday, April 8, a day after performing at the stunning Beacon Theatre and the day the album was released, they played an intimate show at Rough Trade in Brooklyn, New York.  Being able to experience the new songs live and in such a personal space was worth the wait.