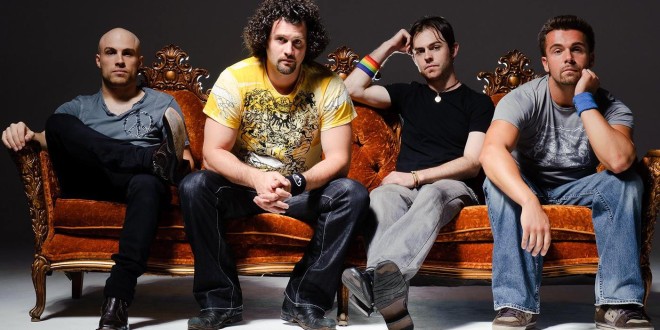 Interview with The Energy

ME: The Energy already has four albums under its belt. How does it feel having accomplished so much in just a little over a decade?

TE: You know, it’s a good question. In terms of having now written, recorded, and produced 5 albums in a decade, I’d say it speaks to our tremendous love for writing and creating songs. It’s not like we sat down and said, “Hey guys, let’s make sure that we produce a new album every two years.” It just sort of happens for us. Even this past weekend, I was taking a jog in Prospect Park and a song ‘came to me’. I couldn’t wait to get home, take out my writing pad, and start to get down the lyrics and melody. Music just comes to us. I think we are lucky in this way.

ME: Are you excited to release “When We Were Young?”

TE: Totally! You always think this as a band, but we really do feel like this is the best album we’ve created. I remember listening to a Michael Stipe (REM) interview. He compared the process of becoming an artist to the shape of a circle. He said that when you first become an artist, you start at the bottom of the circle and learn all about the craft and the industry. Once you’ve learned about the industry and how it works commercially, you’ve arrived at the top of the circle (exactly opposite where you started). The next process is a process of letting go, where you almost deliberately forget what you’ve had to learn in order to acquire the traits and styles of the industry. Then you fall back down the other side of the circle and return to your starting place. In the end, you’ve come full circle. I think WWWY is that for us— a completion of a part of our growth and development as a band.

ME: What was the writing process for this album, was it any different from your others?

TE: I think we are fortunate in that we are able to write both independently and collectively with a really good sense of the other guys in the band. Since we’ve been at it for over a decade, we just sort of know each other. We’ve spent so long in vans, on airplanes, in recording studios, in hotel rooms…. We just have a vibe for each other— what we’re trying to do and how we’re trying to create. So I think we almost never do anything anymore in isolation— it’s always with a sense for how the other guys in the band are going to vamp off of what we create.

ME: Where do you see The Energy heading musically? Are you trying to stick to a particular genre, such as rock, or just doing what feels right?

TE: On our first three albums (“Awake”, “Climbing Palace Walls”, and “Realize Your Sin”) we really just let it rip. We were young and wanted to write solely from the heart, without any knowledge of the industry. Album four, “Streets of In-Between”, we definitely wrote deliberately with a commercial appeal in mind— short songs, choruses that hit at 40 seconds, popular themes, etc. With WWWY, we’re integrating the two, I believe. The songs are very personal and artistic, but at the same time embrace a commercial sound— without feeling commercial.

ME: You guys stated once that you try to maintain a high standard of “creativity” and “sonic integrity.” Do you feel any pressure in doing so during an age of musicians and performers feeling the need to “sell out” in order to be on the radio?

TE: Important question. I think I touched upon this in the previous question— you’re always trying to be true to yourself, but you also need to consider the industry and an audience. I’d say it’s 75% true to us, and 25% keeping in mind an audience and an industry. There is a lot of pressure to meet a standard, etc., but our experience tells us it’s probably more important to be true to ourselves, our sound, and our direction as a band.

TE: We definitely would love to do some more touring in 2016. We took a long time to do this record, and scaled back our touring to focus on it. We’ve really grown as a band in live settings, through direct interaction with the audience. So we’re eager to get back to that. However, at our peak as a touring act we’ve done 100 shows a year, so we know what a grind it can be. So we’d like to find a happy medium. Mostly we want to get back to some of our old haunts along the East Coast like Boston, Philly, DC, places that we’ve played a bunch of times and where we have friends and fans (sometimes not separate categories) who we haven’t seen in a while!

ME: You guys have played a plethora of shows already, what has been your favorite experience on stage?

TE: Such a tough one to answer! Opening for 3 Doors Down a few years ago was definitely a highlight, in part because of the crowd and the prestige of the show, but also the setting–the stage was outdoors, right on the National Harbor (near DC) and our set was right at sunset. Totally awesome vibes! But the best shows can be smaller ones too, in part because we have a closer connection with the audience, and with each other onstage. Or sometimes, like the 3 Doors show, it’s as much about the environment. We are playing a private party with Nikki Minaj next month, so that should be amazing!

ME: If you were able to go on a dream tour, who would be the other acts? Would they be your musical influences?

TE: Obviously, our dream tour would be as a headliner, hitting major venues around the world! But as far as bands we look up to, my (Ian, guitarist) ideal pairing would be with Pearl Jam. Not only were they hugely influential musically, but I just love their attitude and approach. I remember watching their documentary a couple years ago, when we were going through some bumps in our own career as a band, and it was incredibly inspiring. The struggles they talk about throughout the film felt so similar to what we struggle with (obviously on a much larger scale) namely, how to maintain an authentic artistic presence in such a crazy industry. Many of their songs are also politically conscious, which I think fits our vibe as well.

ME: Speaking of which, you guys are very clear with who your musical influences are. Do you think those influences are evident in WWWY?

TE: No doubt people can hear some of our influences in the songs–a little bit of Kings of Leon in this song, or some U2 in that song. But I think we also feel like this album is, among all our albums, most thoroughly “ours.” The last three albums have been a real journey in terms of finding our sound, very experimental on Realize Your Sin and more overtly “pop” on Streets of In-Between. When We Were Young is a really blending of those two approaches that feels very natural, very authentic to who we are. So I’d say we like to think those influences come out in more subtle ways than with a band that’s just getting started.

ME: Is there anything you’d like to say to the fans that have supported you so far?

TE: Man, what can you say aside from that we can’t thank them enough! Seriously, we’ve kind of become hermits a little bit during the making of WWWY, trying to reconnect with what makes us, us, musically and personally. But a huge part of of what makes us us, especially in a live setting, is the energy (no pun intended) that we get from the audience. And even when we’re locked away in the studio, doing take #38 or whatever, I think we’re trying in some way to channel that into the music. So thank you, fans and friends, for making us who we are and we hope you enjoy the finished product as much as we do!

ME: Thank you for your time! Hope to see great things from you in the future.