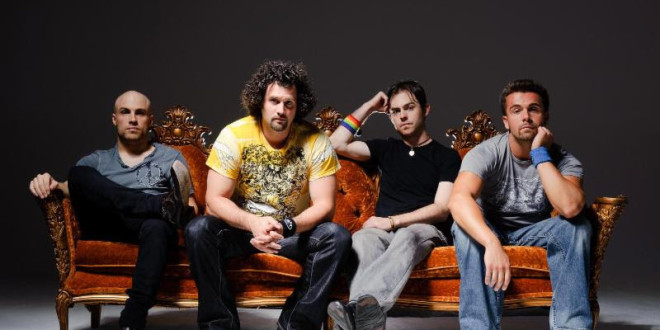 Album Review: The Energy – When We Were Young

Brooklyn based rock group, The Energy, has been together for nearly a decade, releasing a total of four studio albums during their career. Now, The Energy is preparing to impressively self-release their fifth studio album, When We Were Young on April 23.

The Energy has managed to channel the true essence of old-school rock ’n roll in their newest album. The nine track album consists of edgy chords, dynamic lyrics, and an overall resonating vibe that will leave listeners wanting to listen to When We Were Young over and over again.

The first track, “Losing Myself,” displays the quartet’s musical influences at the very beginning of the album, sounding similar to U2 and Kings of Leon. The catchy lyrics help transition to the following track, which also serves as the title of the album, “When We Were Young.”

This track is filled with dynamic vocals, the lyrics expressing a sense of unity and nostalgia while simultaneously displaying vocalist Adam Wolfsdorf’s talent. After “When We Were Young,” comes the classic soft song each rock album has smack dab in the middle. Although typical, “Return to You” is still a good song with tender lyrics. Truly ideal for a sunset drive, windows rolled down, with someone that you love.

Although The Energy display their diverse talents and musical influences in this album extremely well in each track, the two strongest tracks off WWWY are “Don’t Come Around” and “California Sun.” “Don’t Come Around” sounds very suave, the track reminiscent of Stevie Wonder. This soulful sound transitions to “California Sun,” in which the same suave sound is presented, but this time with a few rock beats mixed expertly in.

The finale on the album includes another artist, G4SHI. G4SHI, who is also known by his other stage name The Kid Gashi, is an Albanian rapper and singer originally from Kosovo, now residing in Brooklyn, New York. Matching up a rapper and a rock quartet is an interesting, yet successful choice in this case. The rap verses bare similarities to the Gorillaz, whose sound blends in well with The Energy’s musical influences.

Overall the album is well produced, each track distinctly different from another. However, the final body of work is fluid, not choppy. Each track has a certain aspect, whether it be the lyrical context or instruments, that help transition to the following track.

The next live show that The Energy has is on April 23, in The Studio at Webster Hall, New York, NY.