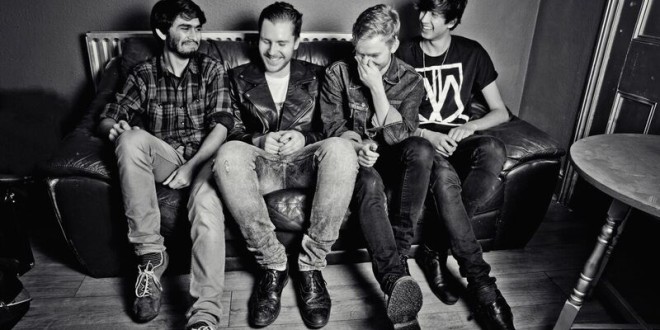 On April 8th indie rock band Bel Esprit will release their new single “Leave Me Here,” and it is nothing short of an adrenaline rush.

It starts off with an electric guitar riff that is downright gritty in the best way possible. When the vocals kick in, it sets off a slinky energy that is akin to The Arctic Monkeys “Do I Wanna Know” mixed with a bit of Jake Bugg. The song itself is about a relationship where the girl in question is described as a tease and makes her guy miserable every time she leaves him. The image of this mysterious female goes along with the sultry and raw performances by the bands lead singer. His anguish is palpable just as much as his craving for this femme fatale.

Rock is alive and well, for anyone who dare thought it was dead, and some of its soul lives inside Bel Esprit and their single “Leave Me Here.” Be the first to download it and tell all your friends about this incredible new song that will leave them excited and wanting more.