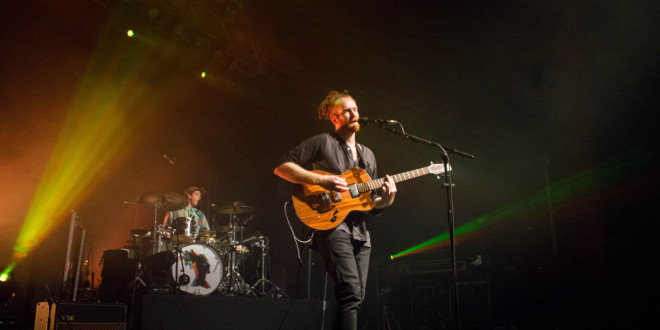 Glasgow welcomed the incredible Newton Faulkner into the city, his mellow voice and upbeat guitar brought the most incredible atmosphere to the 02 ABC. Along with support from I SEE RIVERS and James Gillespie.

From the moment you set foot in the door you could feel the buzz from the crowd, excitable talking and drink flowing freely, a very Glasgow-y feeling.

When James Gillespie made his way onto the stage it was obvious how amazingly relaxed he was to be there and the moment he opened his mouth I instantly fell the hairs on the back of my neck stand up, his voice was raspy and powerful, every note was hit perfectly. It was amazing to watch just a man and his guitar preform and put so much energy into it. The crowd really picked up when he did a cover of Jason Mraz and he just got so in the zone, lost in the music he was playing. Funnily enough he got so into playing he ended up breaking a string on his guitar and kept going for the last few songs. His passion and love for the music was evident as he began his last song, written all about his young daughter, the whole audience could feel the happiness and love radiating off him while he sang. The crowd went wild as he left the stage and I don’t know if the crowd were quite ready for the next act.

I SEE RIVERS. A Norwegian three piece with a very unusual sound. The only way I can describe it as the sound of angels. Their voices were perfect. The band described themselves as float folk and I totally agree, from their outfits to the lyrics of every single one of their songs.

They were an unusual bunch but the crowd really seemed to like them, the incredible sounds and the stories they told were very warmly received for their first time in Scotland. They may have had mixed reaction from the crowd but they would definitely be a band I would see again.

Then it was time, it was time for the man himself, the room went dark and the crowd erupted into an array of cheers for what had to be one of the most casual walk on’s I’ve ever seen at show. Despite the backline of other instruments, Faulkner came on alone, with his guitar, seemingly the only thing he needed before he launched straight into ‘To The Light’. Hands tapping and slapping the body of the guitar to make some of the most amazing sounds and I was awe struck when he finally sang, fast paced, amazing melodies and that was all he needed to captivate the audience.

Apart from one man who sent a loud wolf whistle out almost making him loose himself laughing.

A good old Scottish crowd. And Newton didn’t fail to have the most amazing banter with them, instantly making the crowd feel like they were friends with him. He invited his band, including his brother and his best friend to the stage and the crowd again went crazy for them.

It was incredible as the full band launched into the rest of the set, the crowd dancing and singing along with an amazing amount of enthusiasm but they really kicked off when it came to the middle of the set where the recognisable chords of Massive Attack’s “Teardrop” began, followed swiftly by a cover of Justin Beiber’s Sorry, that meant whether you loved or hated Justin Bieber you sang and danced along. But these were both setting up for the song everyone came to hear.

The moment I heard the guitar begin I was transported back to 2007. Dream Catch Me. I can honestly say I’ve never heard a crowd sing louder or see a sea of phones like this. It was emotional and so beautiful and I’m positive every single person felt the same way.

Newton’s banter didn’t stop at the start of the show, the whole way through he laughed, joked and had great rapport with his audience and it lasted up until the very last song of the encore (A medley of Basket Case, Write it on Your Skin and others) after which he left the stage to an incredibly rapturous applause from a happy and fired up crowd. Over all it was one of the most incredible shows I’ve seen, the music was so simple yet so beautiful and it’s worth seeing any of the three acts that played.

A night of incredible acoustic music at Glasgow's O2 ABC

19 Years old from Glasgow Scotland, currently studying Radio at City of Glasgow College in conjunction with my own Youtube Channel!
@johnhughxs
Previous The Struts Premier “Put Your Money On Me” Music Video
Next Landscapes Stream New Album 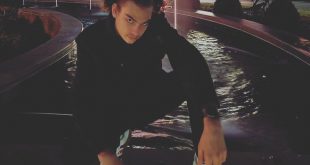