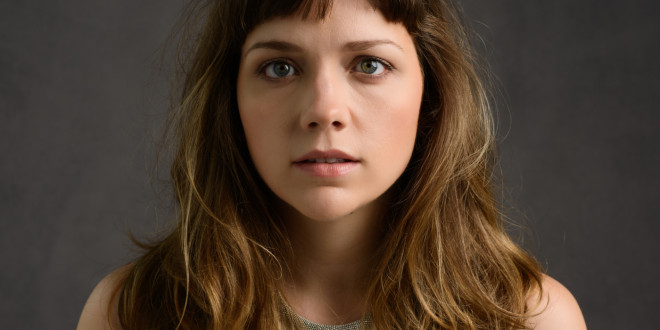 Expensive!   Philly has amazing creative energy and a really vibrant music scene, but I felt like I wasn’t able to channel that energy in a productive way there.  I didn’t feel like I could find the right outlets.  For me, I needed to be in a city with a bit of a faster pace and hustle to keep me hungry and chasing the dream.  So, though my cost of living went up, New York is the city of opportunity and I’m trying to make the most of it, stay sane, and be happy!

It’s made me work so much harder, because there is just so much impressive talent in this city you have to really hustle to standout.  But, more importantly, it’s made me work smarter.  I work at a software company during the day – it’s a really full-on, busy job, but it allows me the stability and, frankly, paycheck I need to make music right now.  And it’s nice to stay out of my head and busy during the day – it works for me right now.  But my time to work on music is very limited, so I want to be as smart as possible in how I use it.  New York has made me think more strategically and dream a little bigger. I spend several hours on my music career every night and full-days on weekends, so it’s go-go-go.  In New York, though, you don’t feel crazy doing that because everyone else on the block is doing the same thing.  All hustle, all the time.  My husband, Charles Ramsey, is a musician, too – so he understands and supports which is so important.

Before I did the EP, I released a single “Desire” in 2012.  With and between each experience in the studio, I’ve learned a lot – through playing out with amazing musicians, hearing great music, working with fantastic engineers, photographers, etc.   The big differences this time are production and confidence.  Crowdfunding gave me a huge amount of confidence – knowing there is a fanbase behind me who want me to be successful is invaluable.  Production-wise, Oliver Straus, who engineered Good Like This, is also taking a production role with the LP and pushing me to challenge myself, really develop my style, and not just run with my first vision of how a song should sound.   I love the EP, but this LP is going to be more interesting and show a much wider range.  There may or may not be a disco-inspired tune on there, too.

Gus Rodriguez, a friend, NYC musician/ booker who also sits on the board of Rockethub, urged me to apply to be part of their first “Creative Studio,”  – a group of artists who got training & support from Rockethub and OvationTV along the way.  It was the right time because I was really hungry to follow-up the EP, which I released November 2015, with a full-length album quickly – felt a lot of momentum.  The experience was incredible: crowdfunding is relentless, tiring, and wonderful.   Asking people to show up for you is a scary thing, and it made me really question my belief in myself.  And at the end of it all, I learned that I really really, really believe in my music.  And that has been the single most useful thing for me – because if you don’t believe that, how can any one else?  I feel like so much is possible right now, and the crowdfunding experience was critical in getting me to this point.

I love this question.  Honestly, I knew I loved the songs of 60s/70s and that my music was influenced by it, but I didn’t realize until releasing the EP that my music had such an immediately-recognizable retro feel to it, and by that I mean: I don’t know how to write songs any other way – the retro feel is not intentional.  I think the songs I write sound this way because of the 8 or 10 books of popular songs (in additional to all the classical) sitting on my piano growing up – they were all 60s/70s compilations; jazz standards; a few Beatles song-books; some musical theater.  But they were all my parents’ books and this is what they listened to. So when I sit down at the piano or guitar to write, my hands and voice fall into these kinds of patterns.  I love the music because it feels very honest and real to me.   I feel like I can express myself in this style that happens to be what I grew up and, at least right now, happens to be popular music of the 60s and 70s, and that’s kind of all that matters to me.

That’s a question I think about a lot. I don’t want it to be – “let’s make it modern – so slap on a bunch of synths and a drumbeat!”  I could do that – but I don’t.  Or I do when that’s what the song needs.  But I actually think that’s not the right question for me to ask myself – the right question is “how do I be honest?”  And I am a human living in the 21st century, so the reality of modern life cannot be avoided.  If I frame the question that way, I think I come up with the right answers in the studio and at my piano.  So it’s not about being modern vs. retro – it’s about being honest.  Because honesty always connects; honesty is always relevant.

Writing was fun – it’s happened over a series of years.  I have a lot of songs and a lot of pieces of songs, so I was really picking and choosing what pieces felt like they could come together for a full story.  Recording has been amazing – there is nothing more thrilling than watching a song come together as you layer on the parts.  I’m back at Mission Sound, where I did the EP, in Brooklyn and it’s my happy place.  A lot of great gear, a really comfortable home-y lived-in vibe.

I came up with the melody on the subway one day, and knew the “oh,oh,oh” part would need to be followed by a name.  When I sat down at my keyboard at home, there was a book of comedy writing that had been edited by an Andy something-or-another, so I just grabbed that name.  It sounds like a name you’d use in a song – think about Mandy, Candy, Sandy, Brandy.  It just sounds good for some reason.   If I remember correctly, the final line of the chorus (“the love I had I gave to you”) came next, and from there it was just piecing together the story.  For me the dramatic culmination of the song is the line “to think you never even knew” towards the end.  I mean, we have all sorts of secret affections and loves, and though sometimes it’s very obvious and hard to hide, there are so many people that have no clue of the love someone else held for them.  That idea just feels very poignant to me.

I shot it with my friend Harish Pathak in Philadelphia during the blizzard.  The concept of not showing Andy came about for one reason – we didn’t have any other actors.  I think it appeals to me with this song because it’s not really about Andy, it’s about me/the singer.   Like I mentioned earlier, sometimes the love we have is never even known, so really who did it affect?  It affected you – it changed you.

First album: maybe The Beatles 1?  That came out around the time I started to buy CDs.  Before that, it was just listening to my parents vinyl and cassette tapes – a lot of Beatles, Bruce Springsteen, Motown, Rolling Stones, Cat Stevens, James Taylor, misc. British Invasion stuff.   In terms of last album?  Probably Adele’s 25.  I love that a collection of a pop songs, mostly with just piano and vocals, can destroy in the charts simply by connecting with people. The basics of a good song can’t be denied.

We’ve got a few singles up our sleeves, behind-the-scenes videos and maybe a music video (or several)… ;).  I’ve really cranked up my productivity in past few months and have so much stuff to share.  I’m working with so many talented musicians and creative people right now, and that’s what keeps me energized. Stay up-to-date with the latest on Facebook, Instagram, and Twitter!