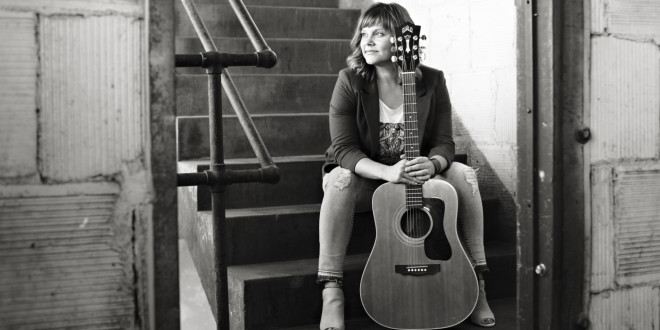 Vicky Emerson – Wake Me When the Wind Dies Down

Vicky Emerson – Wake Me When the Wind Dies Down

Stepped in the tradition of giants like Roseanne Cash and Emmylou Harris, Vicky Emerson’s third album Wake Me When the Wind Dies Down is one of the year’s best Americana releases. The Midwestern native will expand on her global fan base with a ten song collection mingling the cornerstone threads of Americana music into a coherent and often poetic whole. Matt Patrick’s production emphasizes warmth and balance – there is a wide variety of traditional instrument fueling Emerson’s music and integrating those musical voices into each recording is a challenge that Patrick ably handles. While there might be declining space in our modern world for intimate music like this, Emerson is never looking towards the past. Instead, these sensitive compositions remain an eternally viable vehicle for her to pursue self-discovery and personal revelation.

You can’t teach tastefulness. Devoted fans of the genre have heard the clipped shuffle powering the opener “Under My Skin” thousands of times, but this track perfectly illustrates the adage that it isn’t what you play, but when you play. The stuttering rhythm matches the restlessness in Emerson’s voice; listen closely and you can compare the subtle vocal peaks with guitarist Matt Patrick’s restrained bursts of flash. The song’s theme is tried and true, but this is only half true of the second song, “Rattle Shake”. Emerson’s lyrical inventiveness and understated humor emerge, even in the title, and her literary talents prove every bit as focused as her musical skills. “Long Gone” has a cinematic verve musically and lyrically and, while Emerson isn’t afraid to take on some of the genre’s tropes, she reinvents them with the sheer force of her vocal charisma and idiosyncratic turns of phrase. Emerson lights out for new lands with the folksy lyricism of “Silhouette” and scores big. It’s traditional folk refurbished for our modern times and has a strong singer/songwriter sensibility that transcends genre. There are some songs on Wake Me When the Wind Dies Down play like imaginative exercises from a talented writer and performer while others, like “Silhouette”, imply a much more personal connection to Emerson’s life.

“Save All My Cryin’ (For Sunday Afternoons)” is one of the album’s country music highlights. Emerson goes for broke aiming for a tradition long ago solidified by artists like Patsy Cline and producers like Billy Sherrill. Nashville once specialized in this sort of track, a melodramatic tear jerker with outsized emotions and stellar arrangements, but Emerson’s lyrical content is far from melodramatic. It’s the album’s best example of Emerson making something new from long standing formulas. Another of the album’s more seemingly personal songs comes with the folk track “Lyndale”, a superb lyric connecting memory and place in revealing ways. “Dance Me Into the Night” has a slightly mournful atmosphere and is, perhaps, the album’s darkest moment lyrically and musically. Emerson’s sensitive performance is perfectly complimented by her collaborators.

Wake Me When the Wind Dies never dips deeply in quality throughout and maintains an internal consistency that helps unify it as a recorded work. Emerson’s professionalism is never in doubt, but even a cursory listen shows that this is an inspired work looking to leave a mark for all time, rather than something forgotten before the seasons change.