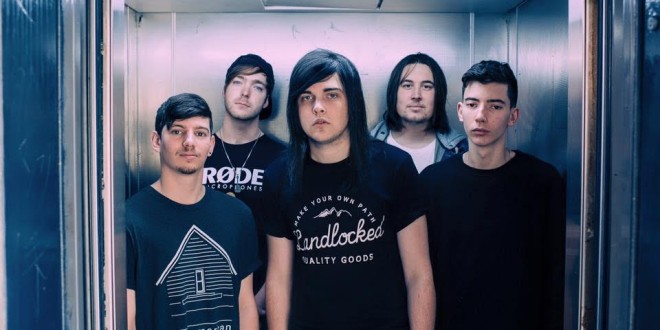 ME: For having released your first EP back in 2015, Imbalance, you have definitely gained a following on Facebook and Youtube with both Australian and American fans. How does it feel?

PSS: It’s really humbling. We definitely make an effort to try and have our music reach as many people as possible, occasionally we’ll get someone tweet or message us from the US, the UK or somewhere a little further out of Australia and that’s always awesome. Just to have them check us out, it means a lot!

ME: Most of the lyrics making up your tracks are pretty heavy, what is your typical writing process for a song?

PSS:Early on myself and Dylan would just sort of form song ideas between us and build on them, with the EP it was very much a back and forth process between ourselves and getting the songs to where we wanted. There’s so much that’s different now, and the process is very much a full-band effort, which is exciting and I’m sure it’ll push us to greater heights. Lyrically, I tend to just find a theme and write based around that, I’m still adjusting to finding out what works best for me in that regard – but I’m definitely learning and growing with it.

ME: Where do you see Patient Sixty-Seven heading musically? Are you trying to stick to a particular genre or just doing what feels right?

PSS: We don’t like to conform too much to one label or genre, so it’s definitely open to whatever we feel sounds right.

PSS: Fingers crossed, we’re hoping to visit some new places as soon as we can. I’ve mentioned before, and it’s very much something to factor in for nearly every band in Perth – but we are incredible isolated, the most isolated city in the world I believe. So travelling is definitely something that takes a lot of time to plan.

ME: You guys have played a plethora of shows already, what has been your favorite experience on stage?

PSS: Every show has something rememberable, but to be able to play our EP launch in front of so many friends and supporters of our music was something I’ll never forget.

ME: If you were able to go on a dream tour, who would be the other acts? Would they be your musical influences?

PSS: No doubt. Even locally there’s a ton of bands that we’ve played shows with that we’ve love to tour alongside.

ME: Speaking of which, who are your musical influences?

PSS: The truth is that every member in our band comes from a different background with what we listen to and enjoy. I guess the point where we cross over is in the music we listen to locally, and from some of the bigger Australian bands. We really enjoy everything from the heaviest death metal to indie rock, and plenty in-between. Everyone’s influences is different, which I think is a real positive in terms of what that brings to the table for us!

ME: Is there anything you’d like to say to the fans that have supported you so far?

PSS: Just that we’re incredibly grateful for your support. Stay tuned, we’ve got some things in the works that we can’t wait to share with you.

ME: Thank you for your time! Hope to see great things from you in the future.