The amount of talent Laura Jean Anderson displays on her EP Righteous Girl, is something to be in awe of. When listening, one might feel like they are in the presence of a true artist. One who knows herself and uses every ounce of her energy to produce a work of art that is timeless and utterly fantastic.

The title track “Righteous Girl” starts off with a smoky and hazy night club feeling vibe in its instrumentation before Anderson cuts through with her sultry vocals. Immediately one is caught in the web that Anderson weaves, and is happy to be at her mercy. It’s slow and slinky throughout, and one can almost picture Anderson playing the part of a tortured temptress singing to an audience of back alley men. Anderson’s vocals go back and forth between a soft Lana Del Rey-esque falsetto and a more rock n’ roll, harsher tone and this contrast adds to the complexity of the construction of the song. Though it is almost seven minutes long, it never feels like it drags. Just the opposite, when the tune is finished one might find themselves wishing they could spend more time basking in Anderson’s glory.

“Take Me In,” is a more standard type of song, less stylized in its vocals. Gone are the lounge singer vibes, replaced by a bluesy/folk feeling. Though the change of pace may be jarring to some listeners, the track showcases the many genres Anderson can tackle with ease. It’s clean and smooth, though the lyrics are clearly about a rough situation “my happiness is swallowed/and my sorrows they married me” Anderson croons making her a very sympathetic figure. There’s still a bit of a edge here, but the song on the whole is a more radio friendly sounding track, with an Anderson twist. It’s a tune that listeners will be able to relate to more that “Righteous Girl,” and that connection with the audience may make “Take Me In” a little more impactful.

Anderson’s voice is once again pitch perfect, soft but still powerful on “It Won’t Be Long.” There’s something rich and utterly compelling about Anderson and she bleeds her emotions all over her songs. This particular track has again that relaxed tone in its instrumentation, only crashing loudly on the chorus, and it suits Anderson nicely. “I don’t know what lies ahead/but I’ll work to the end,” Anderson wails on what is arguably the most simple and infectious melody on the entire EP. Going in and out of her falsetto, Anderson showcases that she can hit just about any note while still delivering a meaningful tune.

“Over and Over Again,” is a stunner right from the start, inviting listeners in to hear Anderson’s story. The amount of soul and pure emotion put forth into this track by Anderson is something that cannot be ignored. The lyrics work side by side with Anderson’s voce to bring one of the most impressive songs on the EP. It’s a piece of art in the form of a song and is, just like the rest of the album, another chance to showcase Andersons talents.

Each track on the EP are masterpieces, each with their own worth, and each showcasing the many musical hats Anderson can wear. We will have to wait before a full album is released, but for now soak in what you can of Righteous Girl and let the magic of Anderson’s songs keep you satisfied. 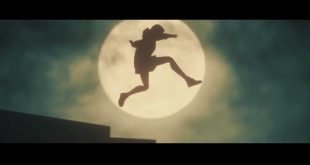 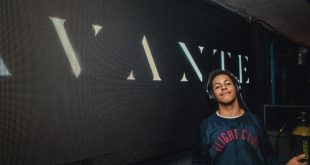