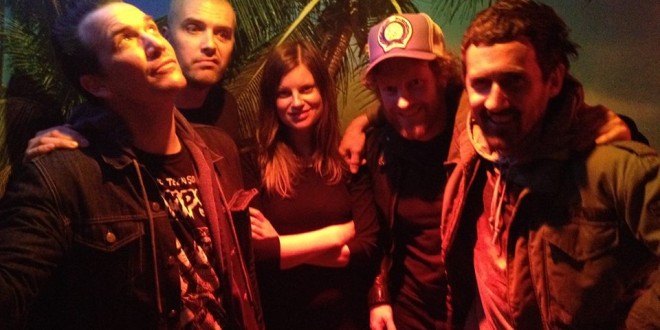 Australian alterna-champs The Drones have returned in a league that shatters any stylistic boundaries in all of music. Vastly expanding since their 2000 debut in Perth’s isolated but rich underground, the Melbourne-based quartet ceases to look back. I’d consider their aesthetics in the vein of AC/DC: they’ve bordered the simplicities of punk rock, yet still emanate a dingy, soul-grabbing “aussiness” that consistently stays fresh on a universal level.

As such, the band’s latest album, Feelin’ Kinda Free, does so much as to surpass its title. It is interestingly described in their press release as “not your stock jock ‘modern’ retro rehash, rather an avant avalanche of everything coming back to haunt you”. This certainly holds true for the opener “Private Execution,” the initial buildup giving way into some odd, glitchy nightmare. Somehow as the instrumentation progresses, an image of a makeshift, dilapidating theatrical set comes to mind, playing like a truth being unraveled. Underneath the harsh, occasionally harmonized fuzz leads, a simple and cool drum/bass foundation keeps everything intact. Vocalist Gareth Liddiard addresses a kind of societal stagnation—a fickleness in the power of politics, capitalism, and pop music—from which he must make a quick getaway. I thought the fluctuations in his delivery worked well in relation to the instrumentation, holding certain composure without being obscured by its involvement. The rhythmic elements make a smooth transition into “Taman Shud,” which is based around the case of the same name. The band ultimately references it in the album’s cover art. On it is a doctored image of the passage contained in the pocket of the still-unidentified ‘Somerton Man’, who died mysteriously in the late 40s. I felt that that was a smart effort not only to release the song as the carrier single, but bring international attention to the case. It is more hip-hop-driven based on its groove, although the rock influence is still plenty strong in its picked and reverb-fuzz guitar textures. Those slightly breathy chorus harmonies complimented Giddiard’s dismay—half rapped, half sung, and wholly bold. By this point I already began digging the general feel of the album, but on “Then They Came for Me,” not only was I surprised; I was sold. At first, the song cleverly teases with a straightforward arrangement—simple drums and simple bass line—which initially had me accepting that some conventionality isn’t totally bad. The element that hasn’t changed through any point is the vocals—all their passion and command of the song is sustained. Once the percussion then comes to a halt, the chorus might as well receive myriad bonus marks for its hooking the listener right in. Each snare hit is full of impact, and the lead melody blends with the vocals seamlessly. The down-tuned guitars add a somber quality to the mix. They reach a peak in aggression in the final moments of the song, with the lowest string strummed at fully exerted force. What brought the experience together was the grinding bass line’s complementary accompaniment; every single note exhibited a sensible harmonic approach, allowing the song to play out smoothly in its fade.

The middle of the album is brought to a lull with the tracks to follow, “To Think I Once Loved You” and “Tailwind.” Both take on a subdued progressive approach but keeping a similar intensity. I felt connected to how the song’s lyrics—detailing the crumbling bleakness of emotional distance—rang pertinent to my experiences. The lines “Only now you feel more, like you have second thoughts/Like you’re up for the cause/Like your heart’s lost its trust” encapsulate the strength of a loving bond having been tarnished and deteriorated. While simplistic in its presentation, the array of sound effects feels like the heart being unpredictably struck by pain. The second song expounds on the theme with the lines “You’ve always done so well/That has been hard to take/Seeing as how I’m judged/By all your mistakes”. Together they drive an ultimate point in saying that heartache never escapes, regardless of how many milestones have pushed it aside. The standout track from the latter part of the album is the penultimate, “Sometimes.” A euphoric release is stated in detail by bassist Fiona Kitschin, who assumes lead vocal duties. Immediately apparent is the warped, haunting instrumentation that counteracts an otherwise blissful outlook (“The all seeing window/Its clairvoyant glow/Where every indulgence/Is born and on show”). The extent of the instrumental influence on the lyrics is realized, once the song mentions how constant changes of identity come with a downplayed emotional response. However, an upside to this newfound behavior can result in playing oblivious to negative surroundings. The guitar tone during the solo is muffled and appropriately ghostly, almost assuming the form of a vocal. Just when the song’s structure sounds like it’s going to repeat, the chords traverse and always leave the listener guessing. “Shut Down SETI” proceeds to close the album with by far the most spacious production values. Its airy, shredded and harmonized guitars fluctuate in pitch, while certain soundscapes create textural depth in each part of the speakers. With this, the remaining piece of the puzzle is put in place as a way of re-emphasizing—much like the first song—the desire to break away and begin anew.

Overall, Feelin’ Kinda Free restored my faith in a band’s possessing the temerity to truly break ground. The wide-open production values, coupled with lyrical intelligence and substantial experimentation make this album one for the books. Listeners should consider adding this new record of complete stylistic, conceptual and vocal maturity to their collection, as it is well worth mass attention and acceptance by all the world.

Check out the video for “Taman Shud”:

I come from a family who is passionate about all things music. I learned to sing at an early age, and by 13, had my very own Fender Strat guitar. I tried my hardest at learning all that I could. Because I was born with cerebral palsy, I had to teach myself an adaptive playing style. I learned to write and record my own music, despite these difficulties. In college, I started making great use of my writing abilities by reviewing music, as well as copy editing. I guess it's best to stick with what you know, while welcoming a fair challenge at the same time.
Previous Enigmatic MAEKL JORDN Release “BRKDNC”
Next Interview with Patient Sixty-Seven 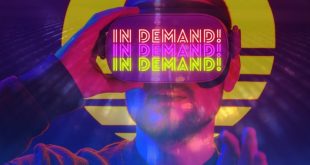 Pop Trio In Demand Is Releasing Album “Be A Man”

In his official studio debut, a single and music video by the name of “Looking …