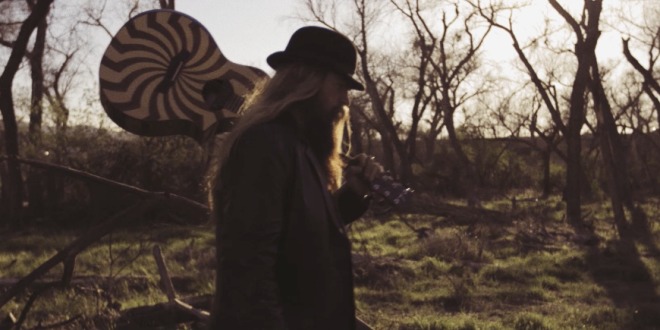 Guitar icon ZAKK WYLDE today has debuted an all new music video for the track “Sleeping Dogs” from his forthcoming solo LP. Long time collaborator Justin Reich was tapped to direct.  “Black Label Brethren O’ Doom Father Justin Reich Did Another Amazing job Directing the video,” says Wylde. “I asked Father Justin to capture the sights, sounds, smell and feel of the first day my parents dropped me off at kindergarten. Watching the video made me realize why I’m so fond of reading and vegetables.”

Grammy nominated, SLIPKNOT and STONE SOUR frontman COREY TAYLOR will appear on the“Sleeping Dogs” album version as well. Wylde continues, “Having Father Corey Taylor’s brilliant Voice sing on ‘Sleeping Dogs’ fulfilled my vision of the two of us as the modern day Simon & Garfunkel. We may not be as legendary, talented or as handsome as those two, but we’ve eaten at some of the same restaurants as them.”

“Sleeping Dogs,” “Tears of December” and “Lost Prayer” are now available as an iTunes instant gratification tracks, meaning fans who pre order the album on iTunes will get the single immediately. An additional pre order bundle is also available offering a Book Of Shadows II CD plus a 17″x11″ poster.

You can also fin

Zakk Wylde will release Book Of Shadows II on April 8th, 2016 via Entertainment One Music (eOne Music), his first solo release in 20 years. This release is the highly anticipated follow up to 1996’s Book of Shadows LP, a classic album Wylde released between his work with Ozzy Osbourne that has since become a fan favorite.

Keeping up with his road dog reputation Wylde has accumulated over the decades, he is treating 2016 no differently. Having just wrapped up a successful run on the The Hendrix Experience Tour featuring some of the biggest names in Rock N Roll celebrating the legacy of Jimi Hendrix. Wylde has wasted no time in announcing his participation in the 2016 Generation Axe Tour featuring Steve Vai, Yngwie Malmsteen, Nuno Bettencourt and Tosin Abasi. Click here for more info.