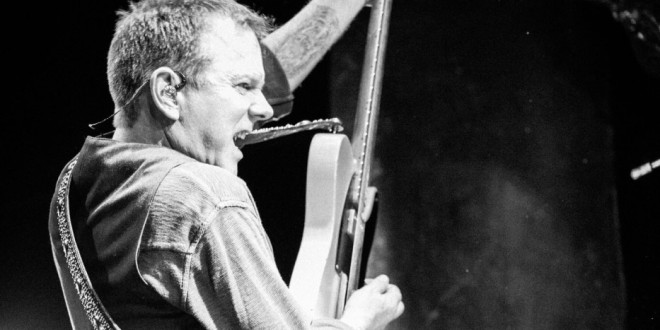 Kiefer Sutherland opens his songwriting notebook and premieres the pedal-steeled, country/Americana-tinged “Not Enough Whiskey” video on Rolling Stone Country Monday. “Not Enough Whiskey,” available April 1 on iTunes, is the debut track from Sutherland’s upcoming Down In A Hole album set for release this summer. Sutherland will also appear as a presenter during the 51st Academy of Country Music Awards™ Sunday, April 3 at 8/7c on CBS.

Sutherland, who co-wrote every track on the upcoming 11-track album Down In A Hole with producer Jude Cole, including “Not Enough Whiskey,” embarks on a nationwide 32-date tour April 14. See tour dates below.

“This record is the closest thing I’ve ever had to a journal or diary. All of these songs are pulled from my own personal experiences. There is something very satisfying about being able to look back on my own life, good times and bad, and express those sentiments in music. As much as I have enjoyed the writing and recording process, I am experiencing great joy now being able to play these songs to a live audience, which was something I hadn’t counted on,” Sutherland said of the 11-track album. A track listing and release date will be announced soon.

Sutherland, known for his starring role on the Fox series “24,” also starred in movies like ‘Stand By Me’, ‘The Lost Boys’, ‘Young Guns’, Flatliners’, ‘A Few Good Men’, ‘A Time to Kill’, ‘Dark City’, ‘Melancholia’ and most recently, a western called ‘Forsaken’ and the upcoming ABC series “Designated Survivor.”