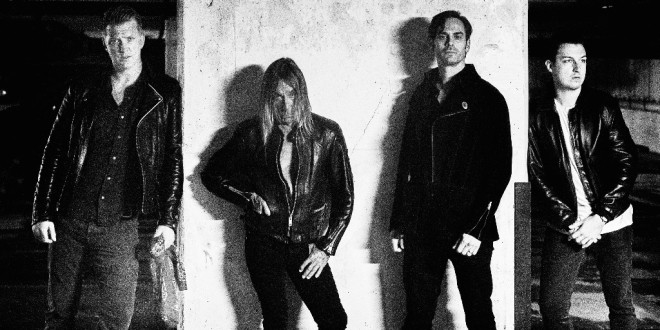 Iggy Pop‘s brand new Post Pop Depression has generated many of the most over the top real-time rave reviews of his storied career. And now the people have spoken in resounding unison with the critics:

Post Pop Depression, released March 18 on Rekords Rekords/Loma Vista/Caroline International, has entered the U.S. chart at a career high of #17—plus #8 on the Album Sales Chart and #1 on the Rock, Alternative and Vinyl Sales Charts–representing not only Iggy’s biggest across the board debut, but by far the highest any of his records has climbed on the Billboard 200 since 1986’s Blah Blah Blah peaked at #75.

The global community is unified in its love for Post Pop Depression: The album entered at #3 in Finland, #4 in France, #5 in the UK and Austria, Netherlands and Belgium, #6 in Ireland, #7 in Australia, #8 in Germany, #9 in Canada, #10 in Norway, and hit the top 20 in Sweden, Japan, Italy and New Zealand—all, like the U.S., career highs for an Iggy album in those territories.

Post Pop Depression is being supported by a very limited run of one-time-only live performances in specially selected venues. Heralded by an intimate preview performance at Los Angeles’ Teragram Ballroom and a two-pronged tour de force that decimated this year’s SXSW festival in Austin TX, the Post Pop Depression tour began in earnest March 28 at the Paramount Theater in Seattle WA and plays the Keller Auditorium tonight in Portland OR. This once in a lifetime jaunt marks the sole occasion that the album lineup of Iggy, producer/guitarist/songwriter/multi-instrumentalist/bandleader Joshua Homme, Homme’s Queens Of The Stone Age bandmate and Dead Weather-man Dean Fertita and Arctic Monkeys drummer Matt Helders—augmented by QOTSA multi-instrumentalist Troy Van Leeuwen and journeyman guitarist/bassist Matt Sweeney—will perform this material, as well as classics spanning Iggy’s legendary solo career, in a live setting.

Post Pop Depression is equal parts a dream come true for co-creator Homme as it is a record that defiantly takes its place in Iggy’s storied discography alongside the twin towers of The Idiot and Lust For Life–two records and the mythic Berlin era of their creation canonized as much lyrically (“German Days”) as sonically (“Sunday“) on this new record. The album is a singular work that bears its creators’ undeniable sonic DNA while sounding like nothing they’ve done before. It’s a record that wouldn’t exist without either Pop or Homme–and one that probably shouldn’t in theory if you really think about it–but it does, and we and rock ‘n’ roll are all the better for it.

Previous LA’s Cage 9 Has Released Their New Video, “Everything You Love Will Someday Die”
Next Kiefer Sutherland Debuts “Not Enough Whiskey” Music Video