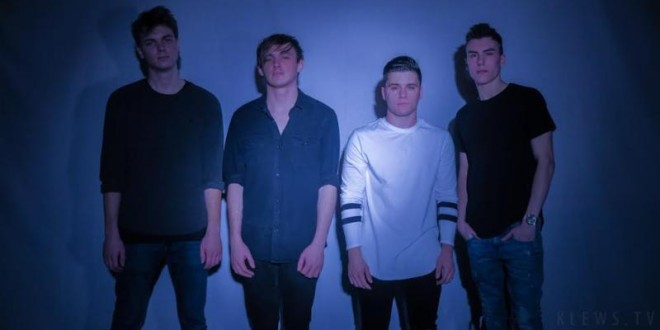 The New Jersey based pop-rockers THE STOLEN are thrilled to partner with Buzznet for the exclusive first look at their “Can’t Get Enough” music video. The track is not your typical tune about a breakup but rather the aftermath, the moment of clarity, a breath of fresh air when everything clicks and all seems to be alright. The debut track off the EP resonates with the band’s progression to integrate 90’s rock with a modern pop and R&B twist reminiscent of The 1975, The Summer Set, and The Maine. Buzznet had this to add:

“Feeling like The 1975 married The Maine, The Stolen brings a unique, fresh and fun sound to the table that is undeniably worthy of serious replay. Set up in a simple studio with moody lighting the band runs through “Can’t Get Enough,” with the kind of ease and personality that taps into the melancholy of relationship nostalgia everyone can relate to. It also doesn’t hurt that the guys are basically babetown USA.”

Last month, The Stolen unveiled their brand new EP, I’m So Dead which isdue out April 8th. The EP will feature five brand new tracks, including “Can’t Get Enough” which were produced and engineered by Rob Chiarappa and Mike Oettinger at Retromedia Studios in Red Bank, NJ and Cannon Found Soundation in Union City, NJ. The tracks were mixed by Rob Chiarappa and mastered by Robin Schmidt at 24-96 Mastering in Karlsruhe, Germany. The band had this to say about their forthcoming release and their studio update here.

The band will tour the country this spring with support act Hiding Out. The spring EP tour will kick off on March 25th in Freehold, NJ at Gamechanger and make its way through the northeast hitting major stops like Hamden, Rochester and Buffalo before hitting the midwest. The tour will make wind its way through the midwest before hitting major markets like Atlanta, Nashville, and Virginia Beach before the final stop on April 18th in New York City where the band will be playing the Studio at Webster Hall. For more information on The Stolen and to purchase tickets to a forthcoming show please visit: thestolenmusic.com/tour now!