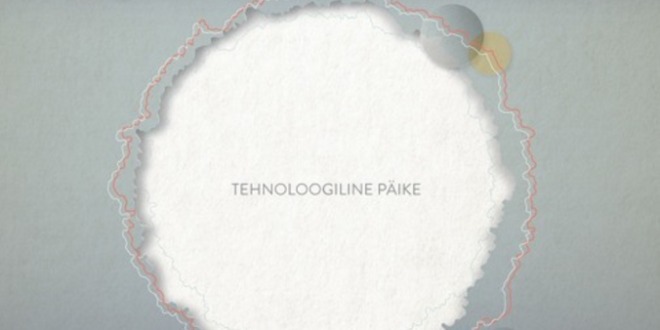 Upon first listen of Technological Sun, it is nearly impossible not to draw comparison after comparison of the band’s music to the likes of Boards of Canada and Panda Bear. But although the malleability of Tehnoloogiline Päike’s amorphous and easily accommodate-able electronic sounds could assimilate into nearly every electro-synth artist’s discography, it is Anvelt’s vocals that infuse a touch of originality into Technological Sun. His foreign lilt gives its featured tracks an enigmatic and enchanting touch, successfully and mischievously sucking the listener in to its hypnotic soundscape.

The opening track of Technological Sun, “This Means War”, is remarkably reminiscent of the music of Son Lux, from the high-pitched Kalimba esque overlaying hook to the gritty and full-bodied synth-generated downbeat. Fans of Son Lux rejoice: their across-the-pond counterparts Tehnoloogiline Päike are more than well-equipped to humbly provide more punchy and transfixing electro-pop.”Breaking It” is a jarring change of pace, yanking us out of the dreamworld of “This Means War” and dropping us on our heads in the land of crashing cymbals and echoing vocals.

It can be said with a fair amount of conviction that the fifth track, “Redemption”, is a standout of Technological Sun. It’s the Pacman theme song meets a spy movie soundtrack, and the first minute provides a lead-in rich with suspense and head-bopping synth, as it builds to a shattering climax exploding with resonant chords and soothing female vocals.

Nothing brightens one’s day more than discovering hidden gems of artists. Tehnoloogiline Päike are bringing impressively transient and expansive electronic to the table, and it’s times like this when we can be thankful that Estonia exists.