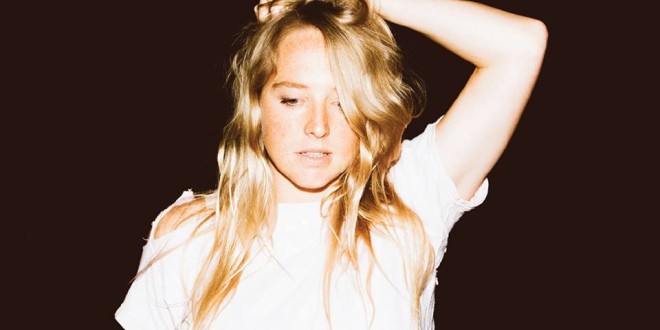 My Wild West is Lissie’s third full length studio album, a highly personal account of the decision she made to leave California and return to the Midwest, tired of the Hollywood scene. It’s her most vulnerable album yet and excellently weaves in both up tempo songs and ballads to express her feelings.

“Don’t You Give Up On Me” is the leading single from the album and rightly so. It maintains that upbeat groove that Lissie is so well known for, while adding in lyrics that paint a portrait in listeners minds such as“are you swimming in the stars?/breathing in eternity.” The guitars, sliding and wailing, help give the tune the desperate feeling Lissie is trying to get across and the chorus is extremely catchy with an alternative/pop flavor.

Similarly “Wild West” retains the essence of Lissie as she dives into darker territory, delving deeper into her personal fight with the Los Angeles lifestyle. The song starts off with Lissie using her lower register, in an effective drawl, singing “are you there to take away my fear?” But it’s clear right from the start that her internal struggle is something that is eating the singer from inside, even if at this point she hasn’t lost all hope yet. What shines here is Lissie’s powerful vocals, especially on the chorus, as she belts from her heart putting every inch of emotion she has into the track making it one of the standouts on the album.

Further along on the album, Lissie delivers the ultimate portrayal of her dark feelings on “Sun Keeps Risin’ “ It’s a slow acoustic guitar driven ballad that starts off with sound effects that make listeners feel they are in a very desolate state of mind. This theme, which is touched upon many times on the album, is never more felt than on this particular track. “As the embers burn and the planets turn/ we just carry on, I wonder/ how the sun keeps risin’ anyway,” she sings of losing someone or something that is clearly important to her. Anyone who has ever gone through questioning how they will make it through the next day after a huge loss to their lives will find comfort and solace in this tune. While it is hopeful, it is also one of the most raw and honest song portrayal’s of what it is like to feel sadness so deeply. Towards the end of the track electric guitars blast as Lissie cries, in a guttural and powerful manner, grieving and struggling. It’s rare to come across a song that hits one’s heart and mind so beautifully, and for that reason alone “Sun Keeps Risin’ “ is not only the best songs on the entire LP but is also one of the finest tunes Lissie has ever released.

Closing the album is “Ojai” a love letter to the part of California that she will miss when she is gone. Though Lissie seems that she feels the most home in Ojai she knows that deep down she has to move on and that the Midwest is calling to her. “I miss the seasons/I miss the land/I miss them for reasons I don’t understand,” she gently sings, and while this a goodbye song, one can tell that Lissie has completely left Ojai in the dust and that she will return. It’s a simple track with minimal instrumentation that allows Lissie’s vocals to really shine. This is her last stop before she departs the state, and while it is a bit heartbreaking, one can’t help but root for Lissie to find herself again in a place that she truly calls home, bravely making the choice to follow her heart.

There are few missteps on this solid work of art. “Hollywood” is a bit of a change of pace as it is piano based. It’s not bad, in fact it’s pretty good with a beautiful melody, and honest lyrics like, “oh Hollywood/you broke my heart just because you could,” but it’s just a tad bit different from the rest of the album, a song that one may have to take a little longer to get used to. “Shroud” suffers from a poor melody that brings the whole tune down a couple of notches. The chorus is good enough and the track brings that disjointed feeling that Lissie is experiencing, but it is not nearly as memorable as the rest of the songs on My Wild West.

A solid LP, Lissie’s bravery in listening to her heart, returning to her roots, and displaying her emotional journey to listeners pays off in every way.