Home / Album Reviews / EP Review: Message to the Masses – Means To An End 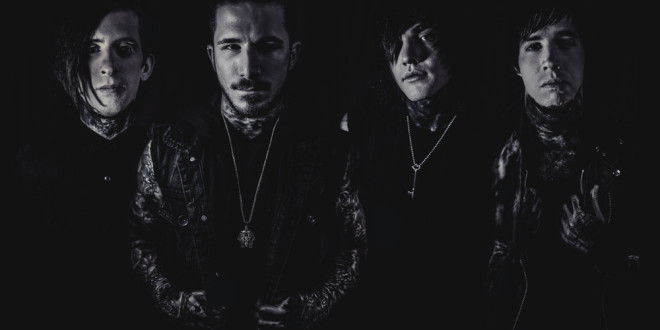 EP Review: Message to the Masses – Means To An End

Message to the Masses have spent no time dwindling in an “awkward” stage of their music. For having started in September 2011, the four man group has already impressively gained over 6,000 likes on social media accounts, released professional music videos, and have performed with well-known bands, such as Crown the Empire and Asking Alexandria. It seems that there is no stopping Message to the Masses. With their newest release, a five track album titled Means To An End, the band has nowhere to go except up in the music industry.

The album starts off with the heaviest song, “The Vile,” throwing fans into the chaos that is Means To An End right at the very beginning. Reminiscent of Like Moths to Flames and early Of Mice & Men, Message to the Masses manages to sound heavy and true to their metalcore/metal genre, while providing substantial lyrics that their fans can relate to.

The following track, “Blood and Bones,” alters the vibe given off by the album completely. Clean vocals are used more obviously, providing a more multi-dimensional experience to the song. Definitely a track to look forward to experiencing live.

After “Blood and Bones” is “Scars.” “Scars” just might be the most memorable track on the album. This is because of how drastically different it is from all the other tacks. Placed in the middle of the album, the soft, mellow song is a great breakaway from the norm for listeners.

“Love’s Last Dance” follows after “Scars,” continuing to provide a glimpse into Message to the Masses’ softer side. Employing clean vocals skillfully alongside powerful instruments provides yet again a multidimensional song that truly displays the band’s talent. The small guitar solo included in this track helps do just that as well.

Last but not least is “Open Your Eyes.” The heavy, head-banging finale to the album remains constant and heavy throughout its entirety, until the last few seconds of the song. This is where Message to the Masses displays their creativity. With a theatrical sounding instrumental ending, the last few seconds of “Open Your Eyes” makes the listener feel as if they’re watching the curtain closing on some final, twisted act in a musical.

All in all, Message to the Masses produced an excellent EP. However, they still have room to improve. Although fun, “The Vile” is the weakest track off the album, due to the fact that it sounds just like every other hardcore/metal band’s newest single. Also, the only songs that seamlessly led to one another were “Scars” and “Love’s Last Dance.” The rest of the albums failed to flow into one another nicely, making the entirety of Means To An End feel choppy.