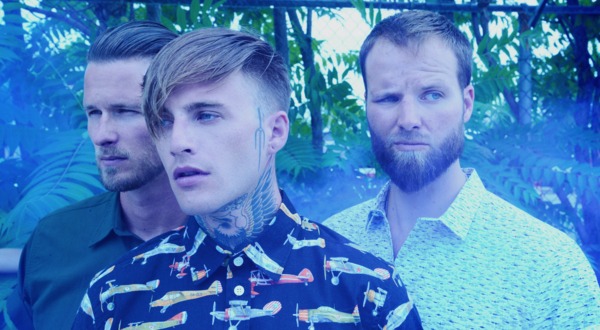 “The visuals immediately evoke notions of all things Quentin Tarantino, although the band originally had a much different idea. “When I was writing the song, I was actually thinking more along a James Bond theme,” Stevens explains. “But then I read a really great Western called Anything for Billy by Larry McMurty and we decided to go all Tarantino on the song.”

Be sure to catch Highly Suspect on tour this spring.

Like the billboard on the Sunset Strip says, Highly Suspect is the best fuckin’ rock band of 2015. 300 Entertainment recording act Highly Suspect is one of 2015’s artist development stories that saw them release their critically praised debut album Mister Asylum and also launch their debut single, “Lydia” at Radio. A year into their cycle, the band is proud to celebrate their two Grammy Nominations alongside Alabama Shakes, Florence + The Machine, Muse, Death Cab For Cutie, James Bay, Elle King and others.

Produced by Joel Hamilton (The Black Keys, Tom Waits, Elvis Costello), Mister Asylum was released in July 2015 to critical praise from FADER, Consequence Of Sound, Rolling Stone, Entertainment Weekly, Blackbook and many more. The album’s first single “Lydia” has been a staple at Radio for over 30 weeks crossing over to Alternative. Throughout that time, the band has been on the road non-stop opening for Catfish And The Bottlemen, playing Bonnaroo for the first time and now headlining a nearly sold-out tour. They also made their network television debut on Late Night With Seth Meyers in September.

The controversial video for “Lydia” also premiered on-air and online with MTV2 and racking millions of views on YouTube. “Lydia” has also amassed over ten million streams on Spotify and sold over a hundred thousand tracks.

In addition to their GRAMMY nominations and announcing their first visit to Australia for a string of tour dates in March, Highly Suspect will be on tour through May of this year.

In May 2014, Johnny Stevens, (guitars/lead vocals) along with twins, Rich, (bass/vocals) and Ryan Meyer (drums) signed to 300 Entertainment, a recently formed independent boutique label co-founded by Lyor Cohen, Todd Moscowitz, Kevin Liles and Roger Gold. With over 850 shows under their belts and having supported the likes of My Morning Jacket and Grizzly Bear, the band’s incendiary live show immediately won the label over.

Coming off a successful SXSW, Highly Suspect was hand-picked by iTunes for their 2015 New Artist Spotlight Program which launched in mid-March as “Lydia” impacted radio. As the “Lydia” began to gain listens, Highly Suspect found early support in the blogosphere with “Lydia” charting on Hype Machine and building looks on sites/blogs like Consequence of Sound, Clash Magazine, Earmilk, NYLON, Blackbook, Entertainment Weekly, Indie Shuffle, and The Wild Honey Pie. Along the way, Highly Suspect drew the biggest audience to date at Lollapalooza’s BMI Stage.