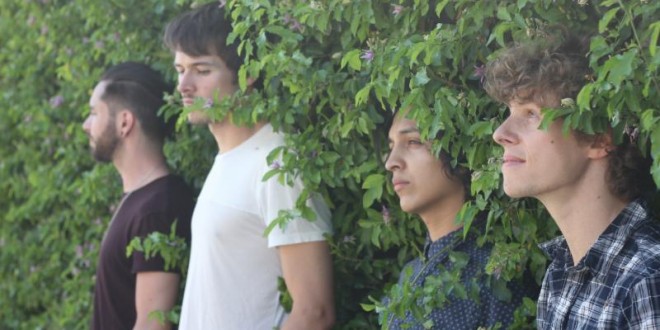 Los Angeles-based indie rock band Trapdoor Social have released a double B-Sides Collection – Kid in the Sky & Download My Dream. Kid in the Sky, which is currently streaming on PopWrapped, features the style and writing of Skylar Funk – while Download My Dream, currently streaming on Substream, is made up of songs more representative of Merritt Graves.

“Trapdoor Social is an amalgamation of our writing styles, but these albums were ways for Skylar and myself to each tell our own stories with songs that didn’t quite fit into the larger collection.  Working together usually yields the most exciting, unanticipated results, but it can also blunt the individual vision – and this was a way to give those visions an outlet.” – Merritt Graves

The band recently released a video for “Second Chance,” the first track off of Merritt’s Download My Dream. You can check out the video here:

Trapdoor Social’s founding members Merritt Graves and Skylar Funk met in an environmental program at Pomona College and bonded over a shared concern for the future of the planet. They started off a journey to make music and perhaps do some good along the way. The band got their music off the ground with the 2012 EP Death of a Friend, produced by Curt Schneider, and featuring Death Cab for Cutie’s Jason McGerr on drums. The EP made waves when “Like You Never” became the #1 listener-requested track on KROQ’s “Locals Only” show, and the single “Away” enjoyed radio play from a number of major market stations around the US. The band’s 2015 single “Fine On My Own” has reached “Hall of Fame” status on Las Vegas’ X107.5’s nightly contest “The Beatdown” by winning ten times in a row, and also recently won MTVU’s “The Freshmen”  voting contest, gaining regular rotation for the song nationally for six weeks. The song has additionally garnered radio airplay in many major markets around the country.

The band is now back in LA working on a new album and a new solar project.