Led by grammy-winning composer and conductor Arnie Roth and featuring a small troupe of musicians, including classical pianist Benyamin Nuss, A New World took the stage on the first day of the convention, promising an intimate orchestral performance of the legendary music of the Final Fantasy universe.

With the Final Fantasy series spanning fourteen main games, each with its own film-worthy musical score, boiling the series down into an 90-minute repertoire was assuredly a daunting task when A New World was conceived in early 2014. Roth and company, however, have managed to touch on the most significant musical moments from nearly every main entry, arranging them for performance by a string quartet, pianist, classical guitarist, percussionist, and a few other select soloists.

A hallmark of any orchestral performance is the varied odyssey of emotions upon which patrons are sure to be whisked away. In staying true to the Final Fantasy franchise, the virtuosic musicians of A New World accomplished this goal, masterfully conveying the stirring melancholy of X’s “To Zanarkand”, the vigor of VI’s “Decisive Battle”, the nostalgia of I’s “Town” theme, and even the lighthearted exuberance of the series’s prevalent “Chocobo” and “Moogle” motifs – both of which had been arranged into medleys which made delightfully entertaining use of muted trumpet, ukulele, slide whistle, and “squeaky toy”. The performance was punctuated by the made-for-orchestra fan favorite, “One Winged Angel” from VII, for which Roth encouraged the audience to act as choir for the piece’s defining “Sephiroth” chant – a request which the fans in attendance enthusiastically obliged.

Taking place on Saturday, the longest and most jam-packed day of the convention, the video game rock concert – featuring tribute band Critical Hit and Uematsu’s own rock quintet Earthbound Papas – had fans packing the main ballroom after eagerly waiting in a line which, only moments before, had snaked its way through the ample hallways of the convention center.

Critical Hit, led by Blizzard Entertainment composer Jason Hayes and prolific pianist Michael Gluck, took the stage to a rousing rendition of the well-known “Tetris Theme”. The band’s strength became immediately apparent, namely, their ability to render a familiar video game tune in an interesting and engaging style with only two keyboardists, a drummer, a violinist, and a cellist. In the case of the Tetris theme, what once was a simple chip tune emitted by a Game Boy became a bouncing number more suited to a wedding involving a chair dance. The cheese-tastic theme to the Pokemon anime series became enhanced through the use of violin and cello – though naturally, the crowd did not miss a beat in reciting the entire first verse from memory. Other standouts included a Black Sabbath-esque interpretation of “Bowser’s Castle” from Super Mario World, and a grand tribute to the iconic theme from Metal Gear Solid 2.

After a brief sound check and prize giveaway, the Japanese instrumental quintet Earthbound Papas took the stage to roaring applause, as the appearance of influential composer Nobuo Uematsu spoke for itself in a house packed with gamers. All of the songs presented during the band’s set came from Uematsu’s work on various video games, though the primary melody of each piece was often the only similarity the band’s version shared with the original.

Unrestrained by old console hardware, songs like Final Fantasy VII’s boss theme and X’s “Battle With Seymour” were elevated to instrumental rock heaven. Though Uematsu was modestly positioned deep stage right, his contribution to the music was immediately noticeable as he churned out both rhythm and lead phrases from his dual keyboards, which were primarily dialed in to, but certainly not limited to, classic organ and spacey lead patches. With ripping solos coming left and right from Uematsu’s organ and Michio Okamiya’s electric guitar, one felt as if they were witnessing a more modern – and distinctively more Japanese – resurrection of Kansas (the band, not the venue). After fans clamored for an encore, the Papas happily obliged, not satisfied until all five of their musicians, as well as the two keyboard wizards from Critical Hit, had indulged in wild solos. One only needed to witness the packed autograph signing session immediately following the concert for evidence of the overwhelmingly positive impression the Japanese musicians had left on the adoring American fans.

Visit Critical Hit at their website here.
Visit Earthbound Papas at their Japanese website here, or check out their music on iTunes here.

On the final day of the convention, pianist, Uematsu expert, and video game lover Benyamin Nuss delivered a solo piano concert consisting mainly of pieces from his album Benyamin Nuss Plays Uematsu, covering various entries in the Final Fantasy series, as well as other titles for which Uematsu has composed. Though Nuss had performed with A New World a few days before in a concert which had promised to be a stripped down retelling of Uematsu’s classics, the lone piano on the pre-show stage foreshadowed the fact that the beloved pieces were set to be stripped down even further, left only to Nuss’s two hands, which, in the coming hour, would prove to be more than capable of the challenge.

Without so much as a word, Nuss punctually appeared on stage and took a seat in front of his instrument, immediately beginning to play. The first two pieces performed were non-Final Fantasy ones, and as such, the crowd was largely engaged in experiencing these new, largely unfamiliar works for the first time. Nuss’s expertise with both the piano and Uematsu’s work was readily apparent, as his manual dexterity seemed to be surpassed only by his passion for the music he was interpreting – completely from memory, at that. As Nuss continued into the more familiar Final Fantasy realm, it was obvious that the arrangements put forth were his own, with the basic melodic structure of the original piece being morphed into clamoring chordal phrases and swift scalar runs.

About halfway through the show, Nuss offered the only completely original piece of the performance, which he disclosed was a tribute to Uematsu (who was spotted enjoying the show himself from the back of the room). The piece, titled “Nobuo’s Theme”, was the most placid of the concert, composed primarily of deliberate, delicate arpeggios and endearing melodies. It stood as a heartwarming highlight in a concert rife with memorable arrangements of various battle and fantasy themes. After a few more compelling iterations of such themes, Nuss departed the stage with a soft-spoken but heartfelt thanks to the crowd of gamers and otakus, whom he had won over with his impassioned performance, and in whom he had undoubtedly instilled a greater appreciation for Uematsu’s music, and for the classic art of solo piano as a whole.

Visit Benyamin Nuss on Facebook here, or check out his music on iTunes here. 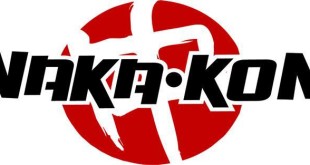