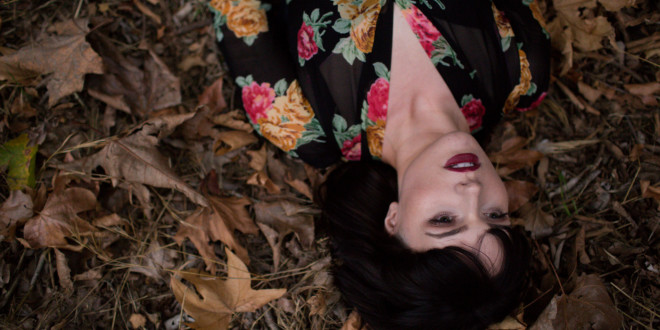 Singer-songwriter, Cait Fairbanks, has released her striking and deeply personal debut single, “Digging My Own Grave,” the first song off her upcoming untitled EP.

“Digging My Own Grave,” an edgy and emotionally driven track that is a tale of modern day romantic rupture, hit Spotify airwaves this week. Recorded in Los Angeles, “Digging My Own Grave” showcases Fairbanks’ rich vocal range and knack for lyrics with a melancholic undercurrent, all backed by a roaring tribal drumbeat. Fans and soon to be fans can listen to the track on Spotify. The track will be released on additional music platforms in the near future.

“I was inspired to write ‘Digging My Own Grave’ because of a life experience dealing with someone that I knew was bad for me, but I did it anyway. We’ve all done things that we regret, but we learn lessons from them, and that’s kind of what this song is about,” Fairbanks says. She adds, “I’m so excited to share it with the world, but I’m also very scared because it is so personal.”

On choosing the song as her debut single, Fairbanks says, ‘“Digging My Own Grave’ was the first song that I wrote that I really felt reflected who I wanted to be as an artist. That’s why I wanted it to be my first single.”

The track, which Fairbanks calls “dark indie pop with organic sounds,” was written in 2015 when she moved back to Los Angeles after performing in NYC’s Off-Broadway smash hit, “Heathers: The Musical.” After performing in the Los Angeles and NYC run of “Heathers: The Musical,” Fairbanks starred in “We Are The Tigers” at The Hudson Theatre in Hollywood, and in “Lizzie: The Musical” at The Mint. This January, she had a recurring role as Ursula on Disney’s “K.C. Undercover.” She has had the pleasure of performing on stage in “American Girl Theater – LA” and in the LA world premiere of Jason Robert Brown and Dan Elish’s “13 – The Musical.” She also appeared in episodes of “The Middle,” “Two and a Half Men,” “Everybody Hates Chris,” and “CSI: NY.” Fairbanks started songwriting when she was 11 years old.

To listen to Fairbanks’ debut single, “Digging My Own Grave,” go to Spotify or Soundcloud.