ong legacy of musicians and performers, Joanna Marie Williams possesses a charismatic character that is present everywhere she goes. On stage as a host, behind the mic performing or on the cover of a magazine, Joanna’s vibrant light shines bright and her message is clear. Her soul’s purpose seeps out of every movement she makes and dances out of the soles of her feet. This woman’s passion extends far past the stage: she is on a mission to restore peace and support to people who are most in need.
Born on August 13, in Detroit, Michigan, Joanna otherwise known as Jha’Marie, moved to Gulfport, MS at a young age. Growing up in the resource deprived community of Gaston Point, known locally as “The Circle,” at a young age Joanna found herself dancing to the soundtrack of soul music that was always playing in her home.

Similar to so many girls, Joanna confronted issues of insecurity and identity as she made her way through the challenges of everyday life in Gaston Point. Inspired by the examples of strong women she witnessed while growing up, such her mother Ms. Josie Williams, she was determined to bring her dynamic personality to a platform for all to see.

Stephen Vicino is the founder of MusicExistence.com. He created this site to give talented musicians a voice and a way to be discovered.
@@svicino
Previous The Aesthetic Release “Abandoned Homes” EP
Next Gallery: FVK at Sheffield Corporation, 5.3.16 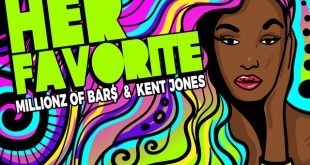 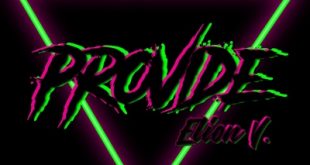