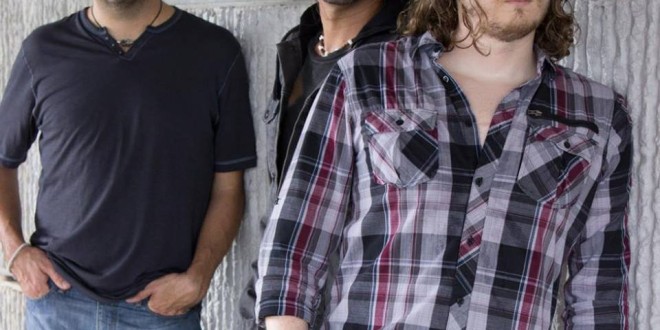 Spacebear – Straight for the Sun

Spacebear – Straight for the Sun

Rock power trios are often visceral, high-energy outfits and Texas’ Spacebear is no exception. Their debut EP Straight for the Sun immediately grabs listeners and holds their attention close for seven songs. Though Spacebear crows a little about their light spacey inclinations, the collection focuses primarily on compact and melodically framed rockers interspersed with often surprising alternate textures. The production has punchy authority that doesn’t favor any particular sonic element at the expense of others, but instead presents a fully rounded musical portrait. Vocalist and guitarist Kyle Lanter, bassist Jamie Ferrini, and drummer Luis Fermin have only played together since 2014, but they’ve fostered impressive artistic chemistry in that brief amount of time.

Straight for the Sun begins with “Without You”. While the track covers familiar thematic ground, but Spacebear carry it off with such unbridled gusto that it redeems any familiarity. The song’s melodic strengths are unquestionable but Spacebear spikes its appealing character with blasts of pure rock fury, namely Lanter’s wild guitar solo near the end. “Blue” hits listeners with similar musical energy but it’s a much more thoughtful and, arguably, deeper tune. The title quotes astronomer Carl Sagan’s famous reference to planet earth being “a pale blue dot” and its refreshingly different take on environmental themes matches the music well. “Echoes of Sunday” is a far different animal than either of the opening songs thanks to its swirling piano lines and soaring vocal melody. This is another example of Spacebear’s introspective side coming to the fore and it concludes as a wonderfully elegiac, beautifully structured track.

“Electric Sheep” revisits the straight-ahead guitar rock of the opening tracks but lacks their melodic sweep. Melody doesn’t desert the band entirely, but it’s so comparatively simple here that it’s impossible to engage with it in the same way as earlier songs. “Waiting on You” ranks as the album’s purest example of radio-aimed alternative riff rock and has great energy, but the chorus lands a little flat thanks to its cookie cutter approach. The album’s concluding number, “Constellation”, is a multi-part track that, despite its revolving selection of musical motifs, never lapses into self-indulgence. Instead, each section proves illustrative of the band’s talents while never connecting to each other in anything less than a purely organic way.

Straight for the Sun suffers some from typical debut nerves – meaning that the band’s restless energy is often enough to overcome any lack of songwriting inspiration. They put over their material with such appealing enthusiasm that it’s difficult to finish this album anything less than satisfied with their initial outing. When the songwriting truly connects, and it often does, Spacebear find a new startling middle ground between alt rock poses and a strong singer/songwriter sensibility that eschews musical heroics in favor of ideas and characterizations. This is an excellent debut overall and bodes well for any full length efforts looming in the band’s future.